Who's This? A Gemworld villain. 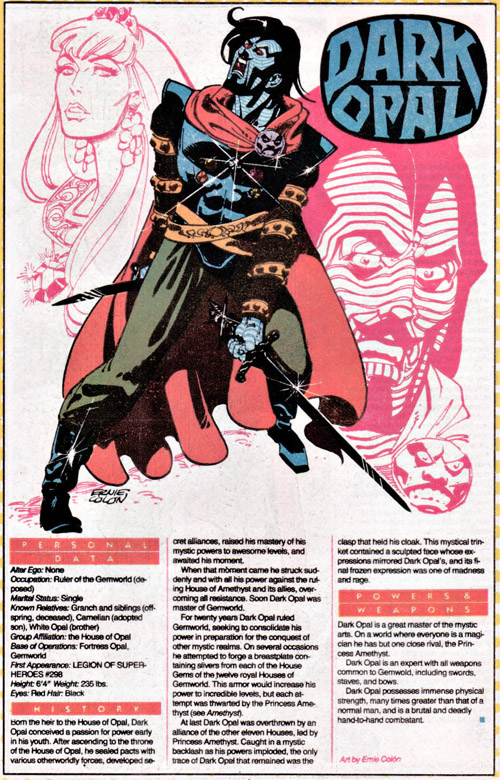 The facts: Amethyst's archenemy appears throughout the first series (including the preview in Legion of Super-Heroes #298, which stands as his first appearance back in 1983) and dies at the end of it. In the more recent version of the DC Universe, Dark Opal has played a part not only in Ametyst-related content (including Young Justice), but also in the stories of multiversal travelers like Flash.
How you could have heard of him: He was in the recent Amethyst cartoon as well as Super Hero Girls.
Example story: Amethyst, Princess of Gemworld # 11 (March 1984)  "The Last Battle!" by Dan Mishkin, Gary Cohn and Ernie Colón 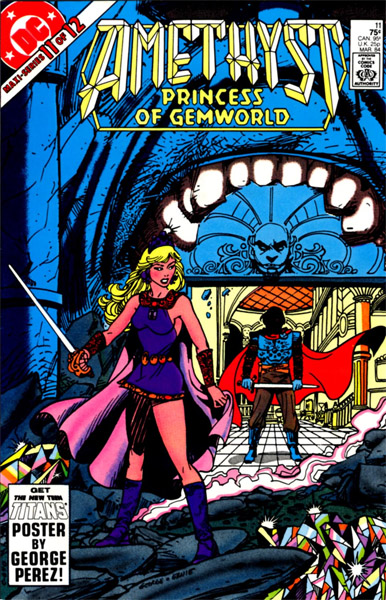 The "last battle", but the penultimate issue of Amethyst's (first) series, Princess of Gemworld #11 opens on Fortress Opal. Ok! Let's look at the big bad's digs. Castle Grayskull crossed with Darkseid's Tower on Apokolips. Dark Opal is certainly flexing. Inside, there's internal strife. Opal's son has stolen the "Amethyst fragment" and plans to use it to take over. But Dark Opal has been watching and manipulating, and he has no real loyalty to his boy. 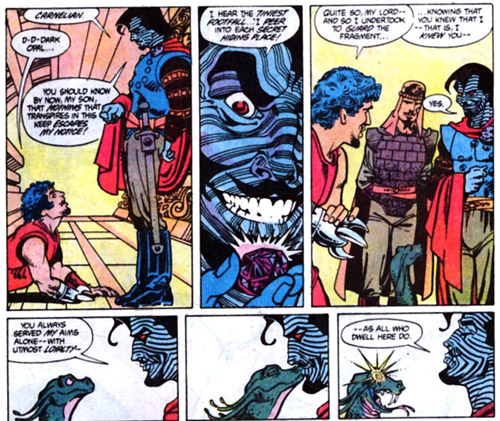 He loves animals though, so he's not all Lannister. Still, even as we speak, most of the other Houses have banded together under Amethyst's banner and are flying to Fortress Opal with some haste. "Today the Dark Lord dies!" Dark Opal's soldiers riposte: "For the Opal! For victory!" And D.O. himself? He doesn't joy the fray, and is even seen racing away from it. To the forge, where a special armor is being made, and the Amethyst is the last gem it needs. While it's being prepared, Opal lets in emissaries from another dimension who insist on a particular debt being paid. They consume Sardonyx who was foolish enough to ally with the Dark Lord. So Opal is communing with hell itself, it seems. Will Sardonyx's prophecy come to pass? 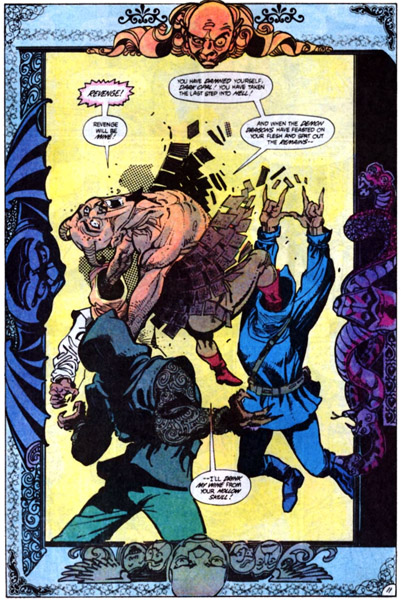 Though the comic makes it plain he has fallen into deep shadow and is only motivated by "evil", dude seems to have some mommy issues driving his quest for power as well. Is that ghost he banishes real, or psychological? I'm afraid I'm not up on my Amethyst lore on this point. 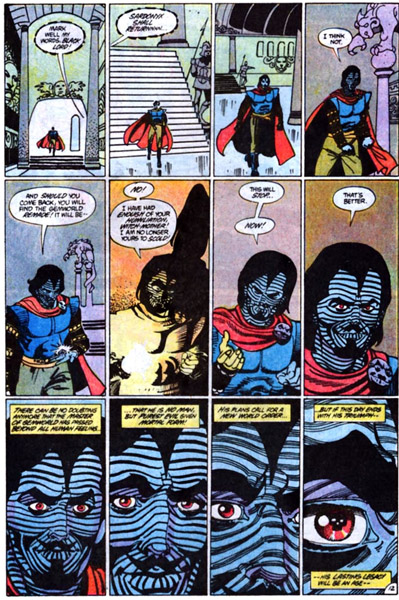 Outside, the Gemworlders have yet to reach the castle walls and risk getting overwhelmed by Dark Opal's armies, both of flesh and of clay (because wizard). Is that breastplate ready? Almost. Dark Opal has just enough time to pass on a curse to his son for his earlier betrayal before he needs to get dressed. And there's no time to let it cool either. 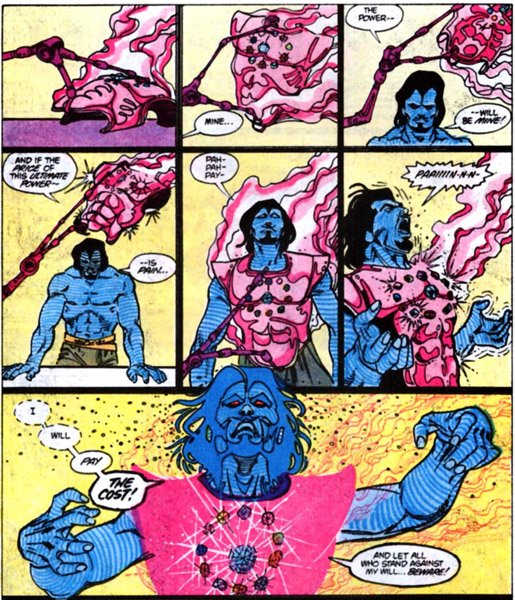 Dark Opal pulls a Dr. Doom just in time to face Amethyst who has broken through. 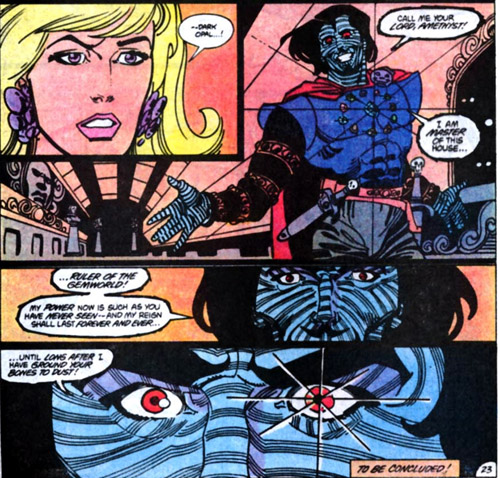 Having combined all the gems, he's become unstoppable. Or as issue #12 will show instead, quite stoppable. But at what cost?! That would be telling.

Who's Next? The Tyrant of Apokalips.
Comics Who's This?