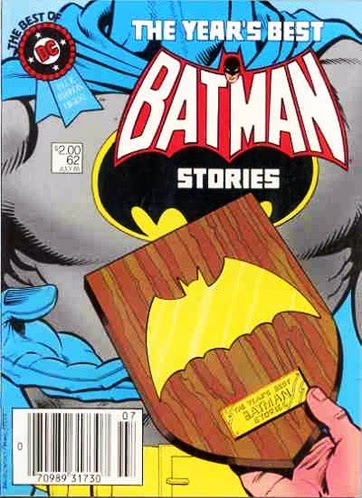 As usual, the Siskoid Awards are followed by a Technical Achievement Ceremony, hosted by someone famous parallel to the main event, and by technical, we mean a grab bag of categories and jokes that would have made a mockery out of the actual ceremony. 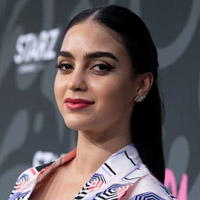 And to host, a performer I absolutely fell in love with in the Lin-Manuel Miranda musical In the Heights last year, Melissa Barrera! Very happy to see her star in the new Scream movies, but while she's still at the level of starring in Scream movies, Siskoid's Blog of Geekery can still afford her! Take it away, Ms. Barrera

Best role-playing product of 2022 - The nominees are...
5. Crisis on Cloud City (Star Wars D6)
4. Day One (Torg Eternity)
3. Coffin Rock (Deadlands)
2. Torg Eternity
...and the Golden Typewriter Monkey goes to: Foundry! Though my system has been having a bit more trouble running the latest update (have to switch graphic cards, which my computer hates to do), there's no denying that it's completely changed how we do online gaming. I spend a lot more time making tokens and graphics than I used to, but it's become its own hobby. But it's just about the only clean way to use card mechanics in an RPG, and any dice rolls are interpreted by the software, which is a boon to less intuitive games like our current Torg Eternity. (Now if only it wasn't so pimped out on pre-loaded fantasy art and had more "modern" or "sci-fi" stuff to play with...)

Best role-playing moment of 2022: Completing our GURPS Shiftworld campaign after some 17 or 18 years since it started (with a 15-year break in the middle), providing all the answers, and throwing a post-credit scene into it that actually sowed the seed of the Torg Eternity campaign that ended up following it! 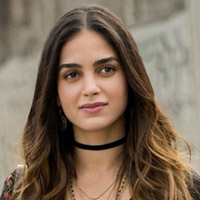 Best video game of 2022: Watch Dogs 2.0. I liked the first Watch Dogs, but the second iteration not only provided a beautiful and realistic San Francisco sandbox, but I felt fixed a lot of the less appealing features of the original game - better handling, better puzzles, better NPCs, and more comedy! I played the hell out of that game (100%) and spoiler, Watch Dogs: Legion might well bring home this award next year.

Throwing a bone to the superhero-loving crowd who frequent these parts... Best superhero movie/TV show moment of 2022 - The nominees are...
5. "It's Morbin' Time!" (but only the meme)
4. Thor's goats
3. The introduction of Ms. Marvel
2. She-Hulk walking out of her own show
...and the Siskoid goes to: Batman leading people out of the dark at the end of The Batman, becoming a figure of light rather than of darkness. Though the starting point was the Batman that's been forced upon us in media for the last few decades, he arcs to a more Bronze Age model, and that just brought tears to my eyes.

Best viral concept of 2022: The Everything Bagel! 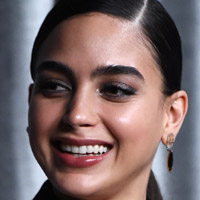 Musical Discovery of 2022: Tim Minchin. Given my interest in comedy music, I'm surprised I never came across his stuff before, but this year, my YouTube mix played the hell out of Prejudice, Dark Side and White Wine in the Sun, and Tim also walks away with Best Comedy Special (2009's Ready for This?)

Commuted from the main awards is Worst Geek Move of the Year. Last year, I cut it out entirely, wanting to avoid negativity in an already depressing year, but a lot of nitwits tried to outdo one another this year, whether it's the wanton destruction of Twitter to streamers undercutting their own movies (like Netflix with Glass Onion) to get subscribers, but our winner is: The Warner-Discovery merger and its fall-out. While on the one hand, I'm happy to the WB move off from the Snyderverse and start fresh (similarly, the creative reigns of the DCU in comic form passing to Mark Waid), Discovery's decision to burn everything to the ground - wiping Batgirl from their servers, removing all the animation from HBO Max, etc. - seemed incredibly reckless and a way to recoup a buck by burning 100 bucks. We get that Discovery has no interest in keeping the WB and is probably going to sell it for parts or as a refurbished product, but this is stupidly draconian.

I'd like to end the ceremony with a few movie statistics and prizes, courtesy of Letterboxd, which says I logged 506 entries (466 new) to last year's 555, and 2020's whopping 826! Well, maybe it's healthier? (It's really because of work pressures, I've made different choices as to how to fill my time.) Which stars did I watch the most?

Nimoy takes the top spot because I watched a ton of his movies (often, TV movies) for an episode of the Fade Out podcast. Otherwise, no one should be surprised to see Myrna Loy, Ethan Hawk and Van Damme on there, or Delphine Seyrig for that matter. Vin Diesel cheats by appearing in a bunch of Groot shorts Letterboxd counts. Harrison Ford clocks in at the end because we marathoned the Indiana Jones movies on Family Day Weekend. As to the Japanese stars, that's down to my abiding love for Juzo Itami's films. Speaking of which, here are the directors most represented:

Itami is at the top, of course. Canada's own Guy Maddin and Texas' Richard Linklater were directors I explored consciously this year. Joel Potrykus too. Kristen Lepore is on that Groot ticket, while also from animation, von Bahr is responsible for a third of The House, which sent me out looking for all her other work.

A few movie awards while we're here, relating to the 50 Years of [name yer genre] projects I decided to pursue during my 50th year on Earth, I gave awards to the best SF, Action and Horror films last year, but did two more genres THIS year. What were my favorites in each?
Best Criterion Film: Kurosawa's Madadayo (1993)
Best Fantasy Film: The Fall (2006) - Well, no kidding, it won Best Film at the proper awards

If Letterboxd is my movie tracking platform, GoodReads has that job for my READING.I managed 53 books this year (more than 30 proper books if you discount graphic novels and RPG manuals). Here's a graphic of the year's reads:

At this point, I think I've read every volume of Julian Barnes' work ever put out, and I'm almost thinking of starting over with those I read back in college. You'll see several volumes of Time-Life's World War II series, which I got as a kid (until we decided as a family that I wasn't reading them so the subscription was cancelled). These acted as main bathroom reader, and only a couple are left in my collection. I did not pursue my Eighth Doctor Adventures reading from 2021, but might get back to it. A lot of the Star Trek books were rereads on account of an article series on this very blog. This is also the year when I tried Heinlein and decided he wasn't for me. Goal reset to 50, let's see how I do.

And there you have it, folks. Another year, another meaningless awards season. My thanks to Ms. Barrera and thank YOU for sticking with us all these years. The Siskoid Awards will no doubt return in a year's time, if the Darkest Timeline doesn't collapse in on us first.
Awards Batman Books Gaming Movies Music RPGs

Martin Léger said…
I got Nath Tim Minchin's version of Jesus Christ Superstar for X-mas, we should watch it on a friday.
January 9, 2023 at 9:24 AM