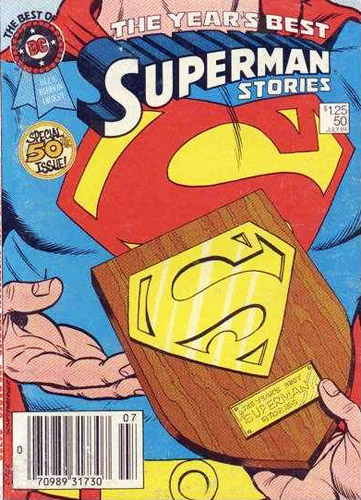 At the start of the year, we look back on the year that went before, and as usual, I do this by handing out Golden Typewriter Monkeys - nothing more than bragging rights, winners should not @ me for physical copies! - for excellence in what I've read, seen or heard during the year (regardless of when it was originally released, unless I decide it's important). As usual, only newly experienced material will be up for consideration (can't win twice!). For television episodes, no more than one per show can be put up for nomination. Other limits may apply. I may or may not get to 4 runner-ups in each case, depending. In any case, your write-in votes and anti-votes should go in the comments section.

Best Book of 2022 - The runners up are...
5. Time Patrol by Poul Anderson
4. Bullet Train by Isaka Kōtarō
3. Tonight We Improvise by Luigi Pirandello
2. England, England by Julian Barnes 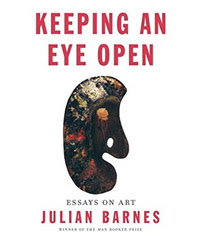 ...and the Siskoid goes to: Keeping an Eye Open: Essays on Art by Julian Barnes - the first book I read this year! Here's what I had to say then: "I'm not surprised a fan of the Belle Époque like Julian Barnes would mostly focus on French painters of the 19th Century, but it makes me realize my art history knowledge is very weak in that regard. Keeping an Eye Open is a collection of his essays on art, all originally published in various places, starting with the one I'd read - his piece on Géricault's Naufrage de la Méduse, which was a chapter in my coup de foudre with Barnes, History of the World in 10½ Chapters. I didn't mind reading it again, then went on to discover artists through an insightful combination of their biographical details, personalities, output, specific pieces and THEIR stories, and then the effect they had on my favorite novelist. The highlight for me was discovering the prodigious ego of Courbet, but there isn't an essay in the collection I didn't find both penetrating and entertaining. Reproductions enliven each chapter, but the text only made me want to 1) have the Internet handy to see more, and 2) see them in person, as this is the only way to truly appreciate brushwork."

...and the Siskoid goes to: Everything Everywhere All at Once. No surprise there! My original review still stands: "The strangest and most wonderful costumes AND the strangest and most wonderful fight scenes you'll see this year (possibly, ANY year), Everything Everywhere All at Once also has the most appropriate title of the year. The Swiss Army Man directors have done it again, only more so, and pretty much beaten all the multiversal superhero movies that are about to come out in the process. Michelle Yeoh is great as an overwhelmed (remember that word, it's one of the over-arching metaphors) laundry owner whose destiny may be to stop a powerful force from destroying all possible worlds. And while Yeoh can of course still do action and the movie fits the kung fu category, she can only win by providing an alternative (to save alternate worlds, natch) to nihilism. Help and hindrance are given by the likes of the ubiquitous James Hong, a very funny Jamie Lee Curtis, and Short Round himself, Ke Huy Quan. Everyone is amazing, especially Yeoh, and the film is extremely clever, blazingingly original, gorgeous to look at (and one day, freeze-frame), at times outrageously blue, and surprisingly poignant. Guys, we have an early front-runner for my favorite film of the year."

...and the Siskoid goes to: Tarsen Singh's The Fall. From my original review: "A meditation on the transformational power of stories, and their cost, on and for their teller AND their audience, The Fall is an impossibly gorgeous piece of cinema, shot all over the world in incredible locations, seamlessly incorporating effects to enhance the image-making. It looks AMAZING. The frame tale has a little girl from India, at the turn of the 20th Century, spending her time in hospital listening to Lee Pace spin his yarn. Delightfully, her own culture informs how she imagines it, inspires parts of it, amends it in her mind and pushes those revisions on him. It's a very clever device and little Alexandria (Catinca Untaru) is a DELIGHT, her relationship with Pace rivetingly natural, and ultimately, touching. It's like she's just reacting to the script, hearing (or sometimes mishearing) it for the first time, because that's exactly what's happening. The frame tale is a huge piece of semi-improvisation that then inspires the lavish fantasy. For Pace's character, the story is personal, but we're denied its truth until the end, and even there, we don't abandon the girl's point of view. An incredible achievement through and through - why don't more people know about it?"

...and the Siskoid goes to: Undone (2 seasons). What I had to say: "I don't know why people insist on drawing over Rosa Salazar (Alita Battle Angel and now Undone) because she's got an incredibly expressive face and should be a big star. The live action to animation style of Undone can't hide that, of course, and though the first episode is played pretty straight, the value of taking the animated route becomes clear as of the second as things take a mind-bending turn. Either Alma has shamanic powers that allow her to travel inside her own timeline, or she's mentally ill, like her grandmother, and hallucinating. A modern exploration of mysticism as perceived in different cultures (including the Westernized idea that seers were actually schizophrenic), the show manages to be funny (Alma especially) and poignant (the second season especially), while exploring existentialist themes AND providing several 'time travel missions/mysteries' as Alma tries to fix herself and her family. When I say it's absolutely beautiful, I don't just mean the artwork." 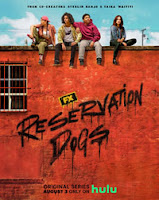 ...and the Siskoid goes to: "Decolonativization" (Reservation Dogs S2). A show I would have dearly loved to put in my Top 5 above, Reservation Dogs is a wonderful dramatic comedy and Tailka Waititi production about a group of young Native Americans dreaming of leaving the "rez" in Oklahoma for fabled California, in a world where at least some can speak to the spirits of your ancestors. While the second season is overall more downbeat than the first, it's split in the middle by a hilarious day spent at th rec center where the characters have to learn about their roots with pretentious pop anthropologist and, well, it's just the full package. As the member of a (different) ethnic minority, I found this stuff extremely relatable while also hitting all the right satirical notes. Rez Dogs is well worth a look, tell me when you get to Decolonativization.

... and the Siskoid goes to: Beautiful Darkness by Fabien Vehlmann and Kerascoët. I just DONE review this one last week, as most of the truly great stuff (3 out of the Top 5) I read at the tail end of the year, and were on loan from Josée of the podcasting Hot Squad. Still, so you don't have to do any back and forth on this: "Beautiful Darkness is an incredible graphic novel, filled with grotesque beauty, like something Baudelaire might have dreamed (by way of The Secret World of Arrietty). A little girl dies in the forest, and all the characters from her imagination come spilling out of her corpse and found a colony around it. Aurora, her namesake and nominal avatar, seems the only positive figure, but even she might be drawn into violence and evil as the girl decomposes. Kerascoët's art is cartoonish, bordering on the abstract when working on the toy-like characters, but then adopts a detailed, realistic style when he pulls out to show the macro-world, in all cases applying a gorgeous watercolor treatment on his pages. As to the story, it's more a portrait of a deteriorating society than any kind of straightforward plot, Vehlmann often crafting one-or-two-page 'gag' strips (common in the Euro-comics tradition) that show where his tiny monsters are at in their development. Images both beautiful and horrific meant to stay with you forever."

Let us know what YOUR picks would have been in all categories. And next Monday: The Technical Awards as given in a ceremony prior to this one, just like with the Oscars (now with 100% less slapping).
Awards Books Comics Movies TV

Favourite movies of 2022: Top Gun: Maverick, Everythign Everywhere All at Once, Glass Onion and Black Panther: Wakanda Forever all entered my top 250. Avatar: The Way of Water, The Batman and The Sea Beast came close.

Older movies: West Side Story (came late to my cinema), 1917, Locke and the original To Be or Not to Be.

TV highlights: finishing Better Call Saul, watching through Inspector Morse and a good chunk of Lewis, the final series of Shaun Micallef’s Mad as Hell, and what were supposed to be the last episodes of Neighbours. (I’m weirdly disappointed the show is coming back, since it had ended at precisely the point where I knew I could never care about Paul Robinson’s storylines again).

Gaming highlights: finishing The Legend of Zelda: Breath of the Wild, Chrono Trigger, the original DOOM, COD 4: Modern Warfare and Pajama Sam: No Need to Hide When it’s Dark Outside.
January 2, 2023 at 7:17 AM