Who Are the Demolition Team?

Who's This? Blue-collar villains. 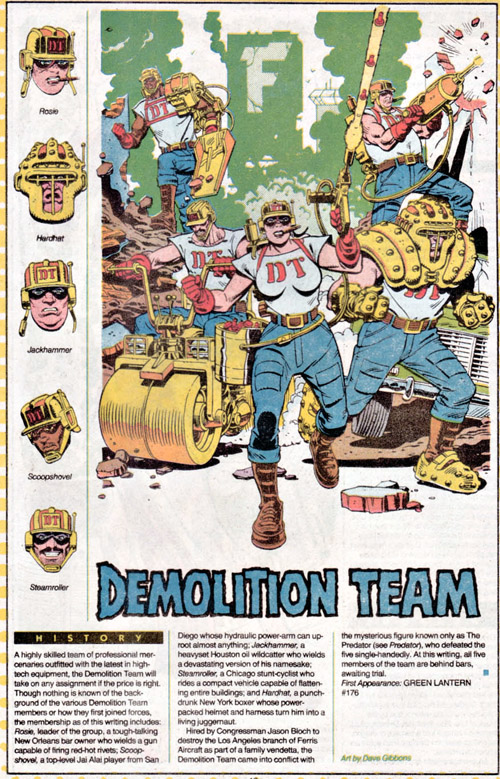 The facts: Minor villains who appeared in GL vol.2 #176 (May 1984), the Demolition Team are baddies-for-hire outfitted, as many were in the mid-80s, by the Monitor. They fought Carol Ferris' projection Predator rather than GL himself. They would later fight the Blood Pack (oh the ignominy!) Hardhat would show up in Opal City and Rosie was part of Enginehead, but most of them would meet their end in The OMAC Project. Hardhat AGAIN seems to have the best luck, because he's alive and well in Infinite Crisis #7 and is seen in Limbo during Final Crisis.
How you could have heard of them: The Arrow TV show made use of the Demolition Team in the episode "Code of Silence".
Example story: Green Lantern #179 (August 1984) "Let Us Prey!" by Len Wein and Dave Gibbons 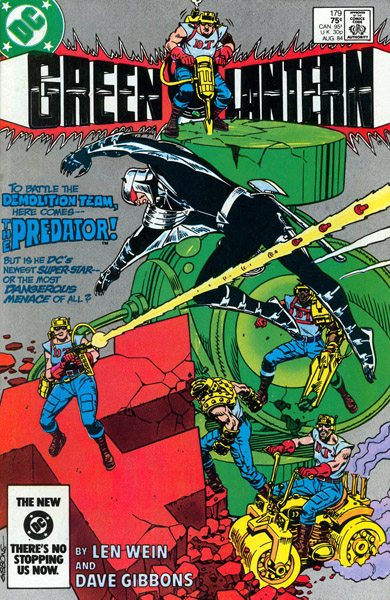 This is a really good showcase for Predator himself, but let's concentrate on the Demolition Team as they try to destroy Ferris Aircraft at the behest of Congressman Jason Bloch while Green Lantern is somewhere out in space. First up, Rosie and Hardhat: 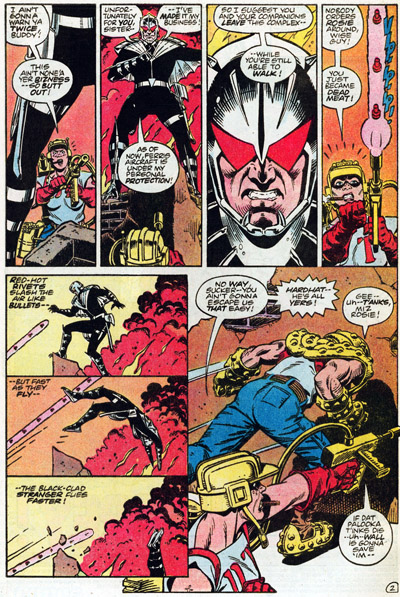 They miss (and Predator isn't behind that wall when Hardhat rams through). One of the things Len Wein has done with this group is give them differentiated speech patterns. So Hardhat not only has strong a accent, he's also got a speech impediment. And I thought the same of Piledriver, until I realized he was only stuttering when his weapon was shaking him. 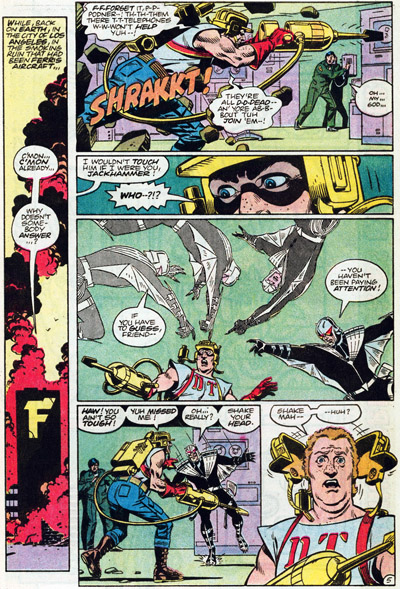 Here begins the true humiliation of the Demolition Team. Not only does Predator cut his hat in half, but he throws Piledriver into some electrical equipment and zaps the fight out of him. Steamshovel doesn't do much better against Predator's claws: 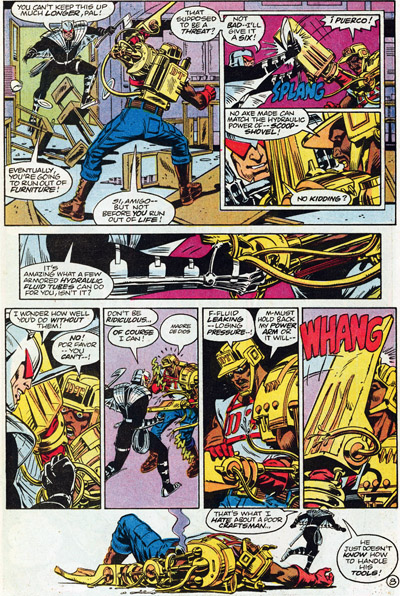 That's a nasty equipment malfunction. Hardhat falls next, but in the background somewhere as GL supporting cast member, Dr. Clay Kendall gets electrocuted in his psychic chair apparatus and doesn't even get super-powers out of it. Lame. Steamroller? Rolls into the wrong thing. 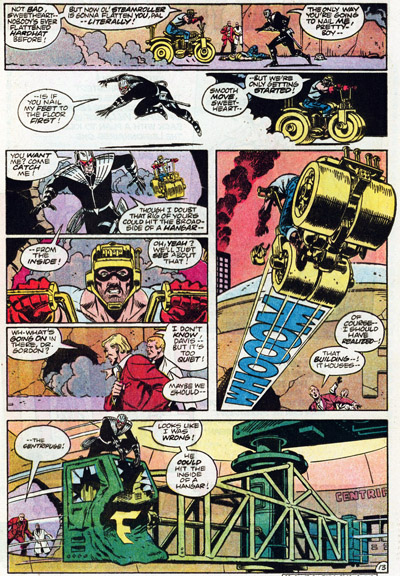 Like the centrifuge. I don't know what psi-chairs have to do with aircraft, but this at least seems like something that really would be at Ferris, so it's to fun to see it used in a fight. There's just Rosie left, I'm afraid. 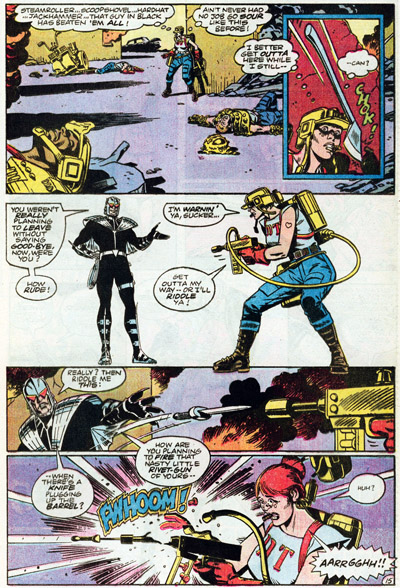 And then she gets punched in the cigar by Carol herself, who gladly takes a smooch from her vigilante savior. So... where did the Demolition Team go wrong? That's right, they didn't work as a TEAM. Rosie, their vaunted leader, even thinks to ditch them and run once they've been defeated. It makes sense in concept, because each person has their job and tool, and they aren't necessarily geared towards fighting superheroes. Their job is to cause the most damage they can, and did they do that? Most definitely yes: Well, you shoulda been there, Hal. No use crying over spilt hangers. But it really seems like the Demolition Team was just created to be roundly defeated by Predator while still causing mayhem. If Dave Gibbons hadn't been their initial artist AND responsible for their Who's Who entry, it's doubtful anyone would remember them at all - what one might call the Blackbriar Thorn effect. But we do, and I think they're a fun bunch of specialists, limited as they are.

Who's Next? A rhymer.
Comics Green Lantern Who's This?

Anonymous said…
Note that Clay Kendall was SUPPOSED to get powers from the accident here and become The Image. Didn't work out, but was Wein's intent.
January 16, 2023 at 3:42 PM