Who's This? An underground wizard. 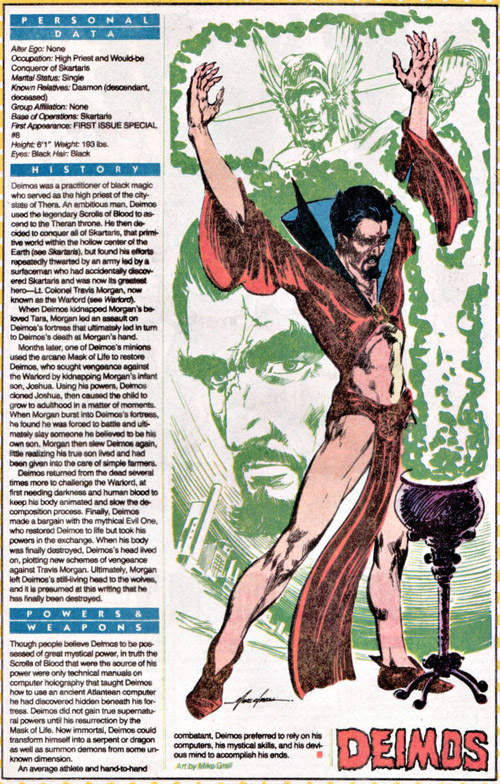 The facts: Warlord's archenemy, the wizard Deimos, is right there with him in his first appearance in 1st Issue Special #8 (November 1975), though at first he used Atlantean science rather than black magic. He managed dozens of appearances in Warlord volumes 1 and 4 in his bid to conquer Skartaris. He last appeared in the Convergence event as one of the big bads.
How you could have heard of him: He did appear in an episode of Justice League Unlimited - "Chaos at the Earth's Core", which warranted him getting the action figure treatment... but not for the first time! Remco's Warlord series, wayyyyy back in 1982 also had a Deimos figure!
Example story: Warlord #4 (January 1977) "Duel of the Titans" by Mike Grell 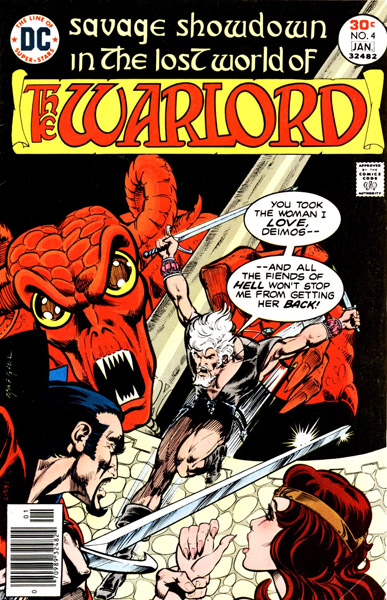 In this early story, Deimos has kidnapped Warlord's love Tara, with whom he shares a certain fashion sense. 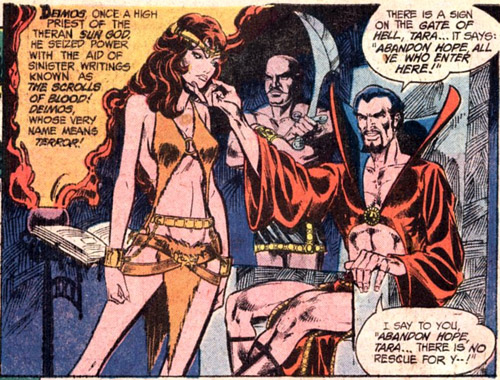 He hopes Travis Morgan will come after her so he can defeat him and his forces, and wouldn't you know it, Warlord is soon at the gates, using siege weapons unknown in Skartaris to attack the oppressed city of Thera. Time to break out the Scrolls of Blood and turn the tide: 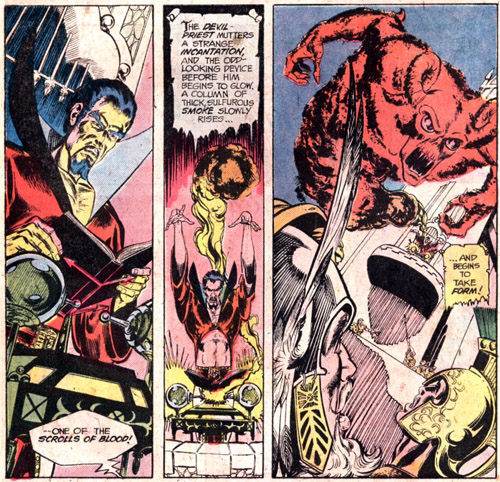 That gigantic demon destroys one of Morgan's siege towers which forces him to climb the other and take the fight directly to the evil sorcerer... or into the spider's web? The demon does grab Morgan, but some quick thinking about just HOW Deimos' magic works saves him from being entirely crushed. 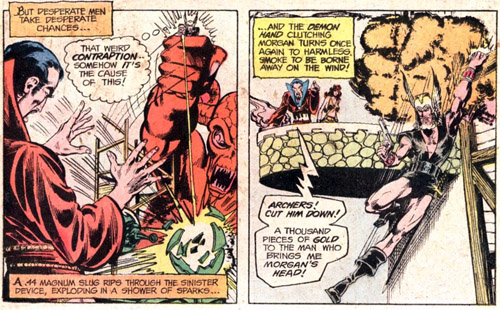 Warlord next blows the city gates with C-4 and his forces charge the fortress and he quickly gets to the inner sanctum, with a bad case of berserker rage. But Deimos demands trial by combat. If this were a D&D campaign, Deimos would be the guy posing as a magic-user, while actually being a fighter. Though Tara advises him to shoot Deimos where he stands, Morgan decides to accept the challenge, first ordering the torches to be put out so the Prince of Evil should die in darkness. 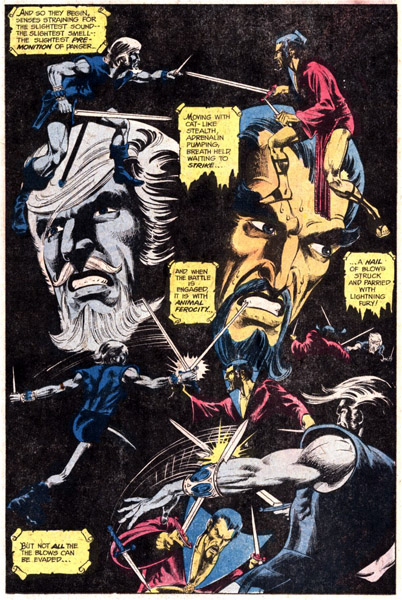 Methinks Mike Grell wanted to draw an atmospheric fight. And Warlord's not necessarily on the winning end at first, but enraged once more, he pushes Deimos into a sunbeam so he can get a clear shot. A VERY clear shot. 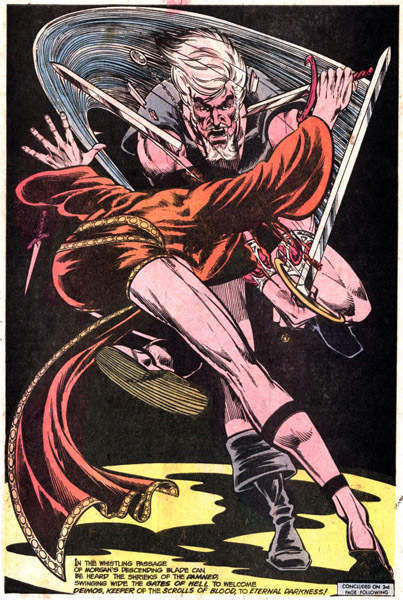 Right through his sword, too. Deimos, whose bad posture his mom did forewarn would be a problem, gets his head chopped off for being way too low along his axis. Thera is rid of its tyrant, but of course, he would be back, resurrected by his followers (and more than once). And what of those Scrolls of Blood, if the magic was faked? 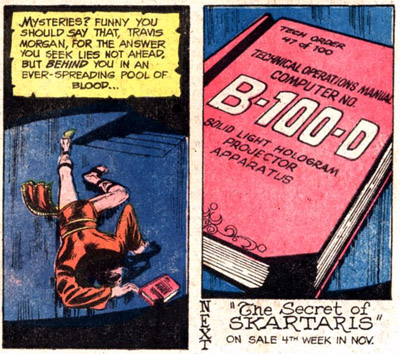 Ah. Well you know what they say about sufficiently advanced science...

Who's Next? Blue-collar villains.
Comics Who's This?