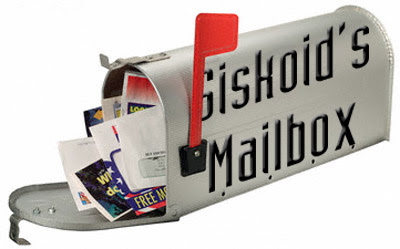 Hey, sometimes you get cool stuff from people who share your interests. This is one of those times. 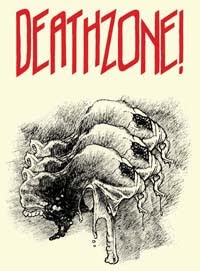 Michel Fiffe is the writer/artist of Zegas and just the biggest fan of the Suicide Squad. He was kind enough not only to link to my old Retirement Files for the original Ostrander/Yale series (which remain some of the best superhero comics of all time), but to send me a limited edition of Deathzone, a Suicide Squad comic that features an alternate take on Task Force X's repeat engagement with the Jihad (issues 17 through 19). Fiffe only printed 300 of these and is given them away for free if you buy the cover print (check it out). It's a crazy, crazy labor of love, and you know what? It's charming, cool, funny and quite the awesome.

I like Fiffe's drawing style, a lot more fluid and arty than the original comics, which I mean that in a good way with no slight at all to McDonnell and Kesel. Here's a small taste as a slightly spoofed Count Vertigo fights with the Irish child terrorist Badb: 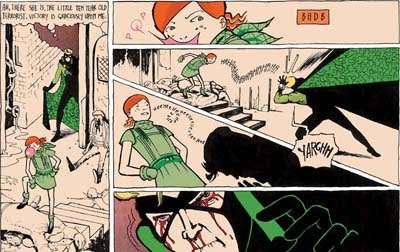 As the characters get pulled into the Deathzone, things get more insane. Strange surreal creatures abound, and while in that other dimension, the characters are depicted as pencil drawings. I love the idea. 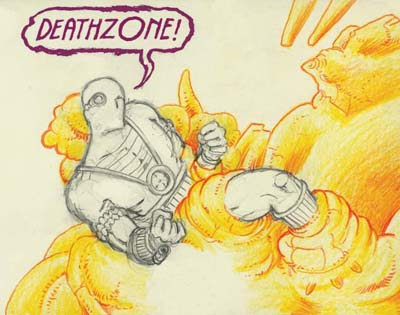 While shorter than a normal issue, Fiffe still treats it as part of a series, with pages actually devoted to subplots (the last page really made me smile). The story is never resolved, which is only a shame because it's so much fun to revisit this iteration of the Squad. The comic is printed on high-quality, thick paper, in full color (even some bleed), with a cardboard cover and an essay by Tucker Stone in the back that makes the convincing point that SS was probably the last original superhero comic.

It's all about the love. Fiffe acknowledges he doesn't own these characters, and gives credit where credit is due, in a way that really wouldn't be untoward in today's market. Lookit: 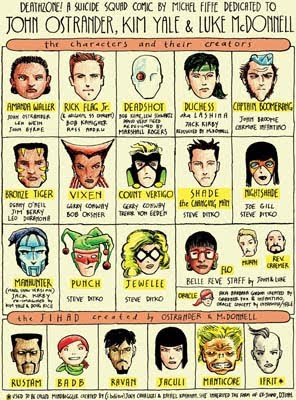 Everybody's credited for every single character and character redesign. There's been a lot of talk lately about the disrespect the Big Two have shown towards past and present creators, so it's quite nice that a fan project takes the exactly opposite course. DC could take a lesson from this particular creator.

For my part, big big thanks to Mr. Fiffe for sending me an issue. I love it to bits.
Comics Siskoid's Mailbox Suicide Squad

Michel Fiffe said…
Thanks for the fantastic write up! Your posts on the Suicide Squad were always fun and detailed and are very much missed.

I may have mentioned this but Deathzone was just as fun to make and probably just as personal as my own comics, albeit in a different way. The most important thing to me, though, was the creators page. It really put into perspective just how many people it takes to create these worlds and stories. Glad you pointed it out.

I had to look up Amanda Waller's Summer Side-Project, ah ok, yes, now I remember.