August 29, 2012
On the occasion of completing reviews on the 1970 season of Doctor Who, I should like to re-imagine it as a role-playing game campaign using Cubicle 7's Doctor Who RPG. (Go back one, to Season 6) 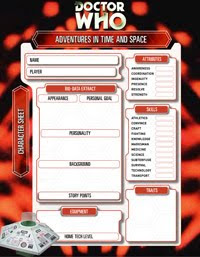 The GM
It took a little while for Terry to assemble his players (see below), but he's promised them a much less grueling gaming schedule of some 25 sessions per season, instead of the usual 42 players came to complain about. He also wants to explore the format developed in prior seasons through scenarios like The Web of Fear and The Invasion that he set himself up for at the end of Season 6: The Doctor exiled to 1970s Earth helping a military task force (UNIT) deal with alien threats. Two players who have played UNIT men as guest stars in the past have even chosen to join the game on a more permanent basis. Terry has promised them this set up will allow for more action and that even if they don't initially fly to different times and planets, he won't skimp on the, a-hem, color.

The Characters
-Jon has taken on the monumental task of playing the Doctor. Scrambling Pat's character sheet, he comes up with the kind of gentleman scientist/adventurer you might find in a Jules Verne novel, one who's a bit of a dandy (to contrast with the previous incarnation) and an action man (points into Fighting), and who doesn't suffer fools lightly. Jon's done some sketch comedy and improv, but he hopes to restrain his natural impulses for comedy, except to use them in devising various impatient insults for the humans around him. After all, as an exile, he sees his first priority as getting his TARDIS working again and leaving.
-Caroline plays Liz, a brilliant scientist who at first doesn't believe all this alien mumbo-jumbo. She plays the character with a sharp tongue, fearlessly dressing down the military types and villains. She didn't mean to stay just for one season, it just happened that way.
-The only returning players are the UNIT men. Nick dusts off his Brigadier Lethbridge-Stewart, which he's played in two stories before, and John wants to give his Sgt. Benton more depth (he'd only really tried the game with the character last year). Nick decides that he probably infuriates the Doctor with his ways, so he gives in to it, often contradicting the Doctor's recommendations to fuel their conflict. John doesn't join the game immediately, but once he does, mid-way through the season, he and Nick start doing little bits of comedy. Benton, like his player, is a bit discreet, but his contributions are intelligent ones.

Spearhead from Space. Being an introductory story, Terry gives the new players a number of scenes to settle into their characters, but his plot introduces a new monster, a plastic intelligence (the Nestene) that broadcasts itself to Earth and animates store window dummies (the Autons). To add color (last time I do that joke, I promise), Terry uses a collection of photographs of different locations to help the players imagine the country hospital, plastic works factory, wax museum, etc. He keeps it simple, because this is really about the players bonding and finding their footing. Jon, a bit of a gearhead, steals a vintage car in this story and becomes so enamored of his driving Doctor that he requests a Gadget-making session with the GM, the result of which will be a vintage roadster called Bessie, hopped up on Story Points.

Doctor Who and the Silurians. This scenario introduces another interesting monster, the Silurians, aliens not from outer space, but from inner Earth. In fact, these lizard men were Earth's previous owners! This is where Terry realized Jon's playing style was quite different from his predecessors. Instead of taking the usual gamer bait and fighting any and all antagonistic creatures, he tries to make peace with them and see their point of view. It's a perfect opportunity for Nick to create friction between UNIT and the Doctor as he follows the more usual gaming imperatives. The GM is definitely on the Brigadier's side in this, and the Silurians have it coming (though he throws a Jon a bone and improvises one reasonable Silurian). 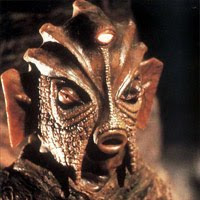 The Ambassadors of Death. Terry makes some allowances for Jon's take on the Doctor and creates a space age thriller where there are no real villains (except for a brutish thug or two), leaving the Doctor to find common ground between them. The other John's (with an "h") Benton starts coming to the games. The GM designs a wide-ranging conspiracy and nimbly paces his reveals. Caroline gets to play a larger role when she is captured by the antagonists, and the Doctor pulls a Moonraker and flies off into space. Though Terry is making his plots pretty long (there'll only be time for four distinct stories in this first shortened schedule), he misgauges this story's length. It really needs an epilogue, but the group is ready to move on so he basically just wraps things up with the aliens with "the aliens went home and the astronauts came home". 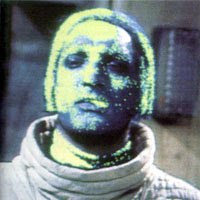 Inferno. This is a cool one. The players at first think this is going to be a science gone mad story about primeval ooze turning people into animal men, and it is, but he uses the Doctor's tinkering with his TARDIS console to create a twist. He sends the Doctor to a parallel universe where the consequences of the above-mentioned mad science can come to cataclysmic fruition, and has the other players play alternate versions of their characters (sometimes going back to Earth-Prime for a scene to keep their real selves involved). Nick, Caroline and John are basically given a single instruction (in addition to their Orwellized background): To block the Doctor's efforts as best they can. And they really enjoy doing it. Nick makes his own eyepatch to give himself a parallel universe look at the table, Caroline sees it as her role to eventually thaw and believe the Doctor, and John gets turned into a Primord. And the world ends, too! 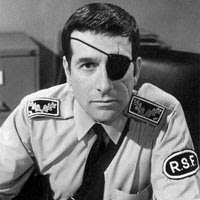 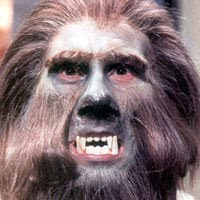 Only four stories? Though the GM kept them alive through complications and side-plots, the consensus is that they'd rather have slightly shorter stories and more of them. Terry will endeavor to do 5 or 6 per season rather than 4. The other consequence of the shorter schedule is that the hiatus between seasons is longer, and things are more likely to change during the break. Liz Shaw is a victim of this, as Caroline leaves the group unexpectedly, and without a farewell scene. Such things happen.
Doctor Who RPGs Seasons of DWAITAS