January 24, 2013
On the occasion of completing reviews on the 1975-76 season of Doctor Who, I should like to re-imagine it as a role-playing game campaign using Cubicle 7's Doctor Who RPG. (Go back one, to Season 12.) The GM
Now that Bob has used up all the old adventure notes he'd brainstormed with his predecessor, he has free range to do what HE wants to do with the game, and that's turning his favorite folk legends and horror films into game scenarios, turning the supernatural details into science fiction tropes to make them unrecognizable to his players (and yet, just familiar enough that they resonate with them). The Loch Ness Monster, Curse of the Mummy, Invasion of the Body Snatchers, Day of the Triffids and The Thing all provide fodder for his games this season.

The Characters
-Ian had originally created Harry Sullivan as a UNIT character, and was at first expecting to play about as often as Nick and John. When he got the opportunity to jump aboard the TARDIS his first season, he took it, but he's looking to only participate once or twice in Season 13. Bob promises him a couple of Earth-bound stories just for that purpose.
-That means Tom's more physical Doctor will have more room to play action man, something he takes to its extreme by the end of the season. He perhaps even goes too far, something he hopes to remedy in Season 14.
-Lis has been playing Sarah Jane for a while now, and gets to put extra Skill Points on her character sheet. Boosting her Knowledge wasn't unexpected, but ranks in Marksman were. On another note, she and Tom have a lot of in-game chemistry, which makes the experience a lot of fun for all involved. Bob hopes never to lose these two.
-As for the UNIT boys, both Nick and John think they can play in about half the stories, and they all participate in the first. But life gets in the way, and Nick is unable to play the next two, and neither John nor Ian make it to the season finale. In the end, all three guys will give Bob permission not to ignore UNIT for the foreseeable future, and they effectively leave the game without so much as a goodbye.

Terror of the Zygons. Bob's track record for creating memorable monsters continues with the Zygons, sucker-covered shapeshifters responsible for Nessie and the beast's recent rampages through the Scottish countryside. This is UNIT's last big hurrah and everyone brings their A-game. Because the Zygons can take the form of real people and replace them, the GM secretly messages Ian to surprise Lis' Sarah with a an evil Harry doppelganger. Ian is so good at playing a creep, it gives Bob an idea for a later scenario... 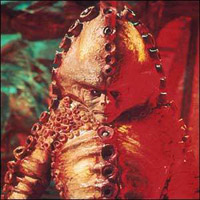 Planet of Evil. The GM creates an "Up the Amazon", doomed expedition story set on a planet sitting on a portal to the anti-matter universe, but the concept is too abstract to really engage his players. In fact, he has to give the Doctor's player some pretty specific information about what's actually going on, to the point where he's involving a PC in his own info-dumps. But it's not in vain. He's learned that he has to reign in the mystical mumbo-jumbo turned technobabble, lest his adventures become incomprehensible.

Pyramids of Mars. Bob hits his stride with this adventure, a riff on mummies and pharaonic curses, with the ancient god (read: powerful alien entity) Sutekh controlling robotic mummies and human pawns to free him from his prison under the pyramids. These are villains he can really get his teeth into, and it brings out the best in his two players (Sarah even gets to use that newly-acquired Marksman skill). Lis immediately spots the same kind of puzzles he used in Death to the Daleks, but oops! Her character wasn't actually there. Stay in character, Lis! Better find something else for next time, Bob! 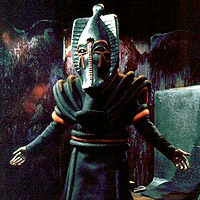 The Android Invasion. Back on Earth... or are we? Bob gets two of the UNIT players to show up, but not to play their usual characters. Instead, they're asked to play evil android duplicates of their characters, but not whisper a word to the other two players. It's a fun idea, and by the end, Tom and Lis have joined the fun too, taking their cues from the GameMaster as to whether they're their real selves in any given scene or playing against the other player. The UNIT players get to play both versions of their characters in the climax, but neither knowing it would be their last game, they don't give nor get a proper farewell scene. 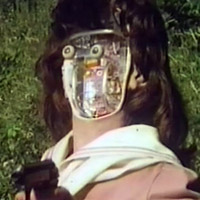 TYPICAL KRAAL ANDROID
Attributes: Awareness 3, Coordination 3, Ingenuity 2, Presence 3, Resolve 3, Strength 4
Skills: Athletics 2, Convince 1, Fighting 2, Knowledge 1, Marksman 2, Subterfuge 2 (androids may also have the Skills of the people they duplicate)
Traits: Robot; Shapeshift (Special; duplicated people perfectly as per Major version of this Trait, but androids can't change shape once created), Tough, Natural Weapon (generic androids have finger guns that do [3/5/7] damage; By the Book (androids are not good at improvising when faced with unexpected situations), Dark Secret (Major; that they are not who they claim to be), Enslaved (subservient to Kraals), Weakness (their faces fall off rather easily, revealing their secret). May have the Traits of the people they duplicate. Story Points: 1-3
Home Tech Level: 6 (Equipment: Whatever equipment is carried by the person duplicated)

The Brain of Morbius. Bob wants to do Frankenstein's Monster, but he also wants to add to the Time Lord mythos. So he creates a Time Lord criminal, destroyed by the Council but in the process of being rebuilt by a mad surgeon. He throws in a female cult, possibly expelled from Gallifrey in the ancient days, guarding an Elixir of Life. Maybe the latter will come into play in giving the monster life, who knows? What ends up happening is giving players and GM alike permission to get their characters maimed or killed, which they both do! Sarah is blinded by a particularly bad roll, and later, the Doctor is killed in mental battle with Morbius! Temporary in the former case ("No, but...") and fixed by the Elixir in the latter. Despite the shocking twists and morbid themes, this is the adventure that had the most laughs for the gamers.

The Seeds of Doom. So at the last minute, all the UNIT players cancelled, and the GM almost called it off entirely. But he really wanted to do a Thing/Triffids mash-up, so he went ahead. The first couple games went well, the Antarctic backdrop making for a claustrophobic atmosphere, but Bob wound up regretting the last two thirds of the story. Expecting UNIT to be much more involved, his threats called for more violent action - guns, fists and explosions - and to help him with that, he'd pulled some elements from superspy adventures he'd prepared but never played using the old Mercenaries, Spies and Private Eyes RPG. By the time he realized those wouldn't work very well with Sarah and the Doctor as the only PCs, he just didn't have time to re-structure the module, so the players had to become more aggressive and even forge alliances with ruthless baddies who could do a lot of shooting and blowing stuff up, putting lots of Story Points in their Convince rolls to manage it. 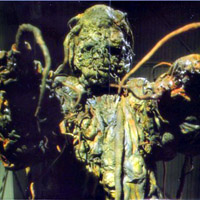 Bob, Lis and Tom look back on this season and only remember the good times. They'll be back for more, though Lis may not actually finish the next season... (Shhh, don't tell the others.)
Doctor Who RPGs Seasons of DWAITAS

Big J said…
man, why do you always tease us with such cool custom character sheets but never share the love?
January 26, 2013 at 4:27 PM

Siskoid said…
I do share it eventually. Check the end of the post on each Doctor's last season for a link to high quality character sheet bundles that include the empty templates.
January 26, 2013 at 4:53 PM