April 10, 2013
Who's This? That riverboat gambler on page 30 of Who's Who Vol.VIII? He's a Golden Age villain called, that's right, the Gambler, Steven Sharpe III. 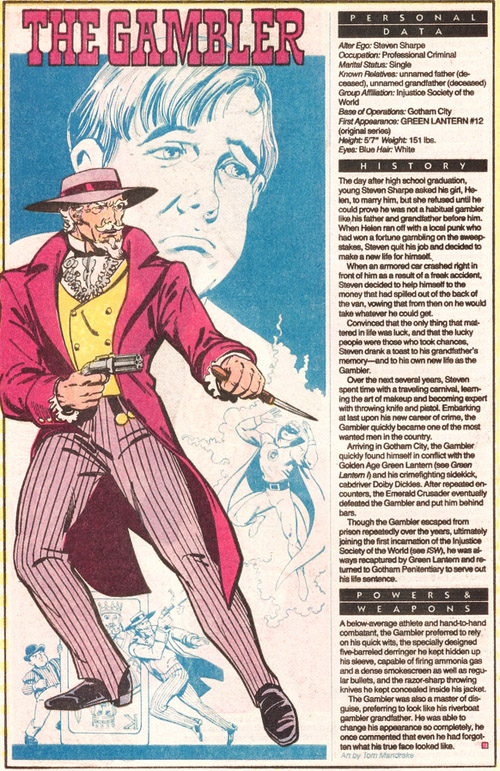 The facts: The Gambler first appeared in Green Lantern Quarterly (1944) and would make return engagements in Green Lantern #20, 27, 30 and 35, between 1946 and '48, as well as being a member of the Injustice Society of the World (can anyone NOT say that like it's a Queen song?) who plagued the JSA in All-Star Comics #37 (1947). Before his Who's Who appearance, he did show up as part of the ISW in a JLA/JSA crossover (in '75), after it, in a couple issues of Starman.
How you could have heard of him: This is one of my blind spots, but he did make a number of appearances in Geoff Johns' Justice Society of America, so it's possible you guys all know who he is. Or at least, the most modern take on him - I'm more interested in who he was when he was picked to get an entry in Who's Who. He eventually kills himself and ends up as a zombie in Blackest Night.
Example story: Green Lantern Quarterly #12 (1944) 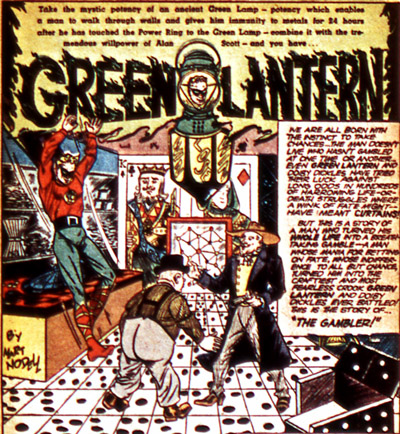 It's his origin story and rise as a criminal mastermind, let's start at the beginning. And this story begins the day after his high school graduation when his girlfriend Helen refuses to marry him until she's sure he won't turn into a gambler like his father and his grandfather before him. He strives to work hard and not take chances, but a week later, ain't you heard? 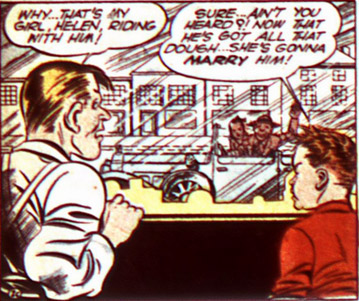 She's dumped him for a lottery winner! That hurts. He runs off and is still out when night falls. There's a little girl in the middle of the road about to be hit by an armored car, so he saves her, but it's only a doll. The driver of the car crashes to avoid Sharpe and is badly injured, and that's when all that bad luck makes a young, heroic man turn to a life of crime.

In other words, if you've done one thing wrong, you're already guilty. Might as well do more. Or in Sharpe's case, decide to dress up as your grandfather, assemble of crew of ne'er-do-wells, and get your face on a WANTED poster for robbery, arson and muuuurderrrrrrrr. He eventually goes to Gotham City, a city protected by Batman and Robin Green Lantern and Doiby Dickles, where he hatches a scheme to disrupt the stock market. They "moider" and replace a stock boy and write the wrong things on the blackboard, devaluing stocks and generally distracting the traders as they grab all the money. 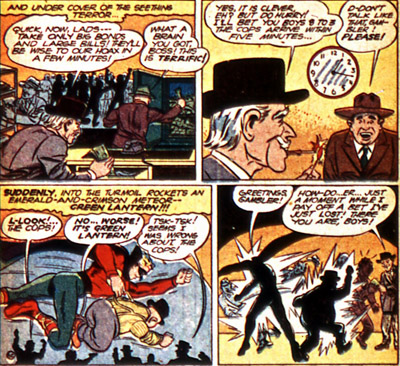 I am fairly certain that is exactly how the stock market worked in 1944. Of course, our heroes show up, and the Gambler loses a bet with his men that the police would show up first. Instead of fighting or running away, he pays his debt. With a pathology like that, he really could have been a Batman villain. While GL takes care of his men, he takes care of Doiby, and then...

An ammonia gas derringer! GL never saw it coming. Who would? The bad guys escape and for his next trick, the Gambler, a master of disguise, changes his appearance completely. He's off to steal money from a radio game show, but oops, it's being produced by none other than Alan "Green Lantern" Scott! Doesn't prevent him from changing the rules on the host, though.

The Gambler's not about to get into another fight with GL, so he makes a bet on a dreidel instead. If he wins, he gets the money. If he loses, he lets GL arrest him. And if GL doesn't play, he shoots a crowdful of hostages. 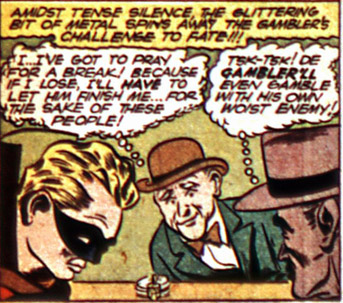 GL has no choice, but gets an opportunity when Doiby walks in and smacks the Gambler in the head with a door by accident. Still, the villain recovers and one smokescreen later, he's off to the races.

Literally, as it turns out. His next crime takes place at a racetrack where he again puts people in danger to distract Green Lantern. GL knows to find him there because he left a riddle (what is it with Gotham villains?!), but as it turns out, the ring is pretty great at corralling horses. Also, at... uhm... you tell me what's happening here: 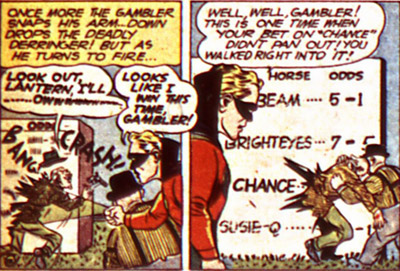 Pushing him into a wooden wall? Sticking him to the wall with tar? Making his ass explode? I guess it's the first option, but it took me a few readings to get it. Off to jail, but he would return, you can bet on it.

Who else? Closing up Volume VIII, I'm sure I could have done the Galactic Golem, but I'll wait on that. Or the Gang, but do I really want to track down old Supergirl comics? No, better to skip to Volume IX as there are some very interesting, obscure entries in there.
Comics Golden Age Green Lantern Who's This?