June 06, 2013
On the occasion of completing reviews on the 1981 season of Doctor Who, I should like to re-imagine it as a role-playing game campaign using Cubicle 7's Doctor Who RPG. (Go back one, to Season 17.) 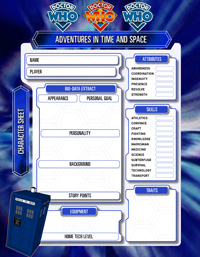 The GM
After the previous season's GM problems, the group is lucky to find a new GameMaster in Chris, even if his ideas for adventures prove a bit obscure and technical. A math nerd and avid reader of scientific magazines, he's got all these ideas about entropy and computer modeling he wants to introduce as themes. Most of it goes right over his players' heads frankly. Unlike the previous couple of GMs, Chris is also pretty strict at the table, not quite as willing to indulge shenanigans and jokey asides. The more serious tenor of his sessions makes most of the current players bow out - it's just not their style of play. Entropy's a bitch. Still, he's got his qualities, like vividly describing worlds, aliens and effects. Tolkien syndrome?

The Characters
-Forced to behave, Tom slowly loses interest in a game that, for him, has probably been going too long already. And yet, he's so attached to his character, he's not sure he can bear to kill him off. To make sessions even worse, his relationship with Lalla has become more explosive of late. Passive-aggressive bickering at the table makes things awkward for everyone involved. Taking all of that into account, he grudgingly decides to leave the game at season's end. Sometimes he feels like he can't wait, other times he regrets it deeply, but by the time the group has identified a new player for the Doctor, it's too late to go back.
-Lalla won't even last the season and is looking for Romana's exit much sooner, for all the same reasons.
-John returns from sabbatical to play K-9 again (David had always said he's give back the character sheet), and he still has trouble keeping to a consistent gaming schedule (misses the first couple of modules entirely). He wasn't even sure he wanted to come back, but the group convinced him to have one more go. He'll seize his opportunity to leave the TARDIS properly as soon as it comes (bow-wowing out with Lalla, as it happens, sorry about the atrocious pun).
-As players announce their imminent departure, Chris begins recruiting new players, auditioning them in a particular story at first, and finding a way to bring them back in the next if they had fun, WERE fun, etc. That's how he finds Matthew, a rookie gamer grabbed from Chris' maths club (see Full Circle); Sarah, as a techno-savvy alien princess (see The Keeper of Traken); and Janet, bringing a critical eye to the table and a gutsy Aussie stewardess to the story (see Logopolis). The new Doctor, Peter, only pops in to say hello and won't play until the next season.

The Leisure Hive. Chris' first game involves a dying alien race who have developed a brand new science, used for tourism, but secretly, more war-like purposes. The players think they're on the right track hearing all the gorgeous descriptions, but soon find the GM quick to penalize players who goof around when it isn't appropriate. Tom playing around with real jelly babies on the table, making little dioramas of the environment with them, gets slapped hard by tachyonics and forced to play a wizened old Doctor for the better part of the adventure. Yikes!

Meglos. Chris has invited one of the game's original players, Jackie, to play, not really a villain, but an antagonist. And she plays the part of the high priestess to the hilt (the GM kinda kills her character off as if she were just any old NPC though). And having realized his first sessions were a bit too serious for the players, the GM can at least be credited for trying to inject a bit more whimsy into this new scenario - an evil cactus, comedy space pirates, and a 12-sided die standing in for the story's WMD. 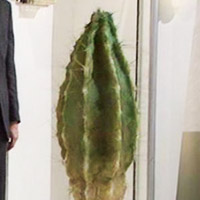 MEGLOS
Attributes: Awareness 3, Ingenuity 8, Resolve 5 (all other Attributes equal to those of the Possessed character)
Skills: Convince 4, Craft 1, Knowledge 5, Science 5, Subterfuge 3, Survival 4, Technology 5
Traits: Alien, Alien Appearance (Major), Boffin, Immortal (Major), Last of My Kind, Natural Weapon/Quills (+1 Strength damage), Obsession (Major; destroy Tigella), Possess (Meglos requires help to do this from machinery in his HQ), Shapeshift (Special), Technically Adept, Telepathy, Voice of Authority, Weakness/Host body (during Possession, the host body remains aware and can try to break free and reject Meglos in a contest of Resolve + Strength, where Meglos uses the victim's own Strength; on a simple Success, Meglos' humanoid body takes on a cactus-like appearance which may reveal his identity), Weakness/No limbs or face (in its natural state, Meglos is a potted plant, though he can crawl from a host body to his pot over short distances). Story Points: 5
Home Tech Level: 10 (Equipment: Shrinking device [Dimension Modification, touch only], Meglos' HQ also has equipment with Scan, Time Loop and Delete Traits, though the latter requires an immense power source and is built to work at the planetary scale.)

Full Circle. The GM starts his entropy story arc in earnest with a trilogy taking place in a pocket universe called E-Space (a theoretical space he read about). The TARDIS accidentally "escapes" there after getting a call from Gallifrey, meant to be a possible exit for the Romana character. Trying out the game for the first time - in fact, trying out ANY role-playing game for the first time - is Matthew. The GM has asked him to create a character that could exist in a society where people are (seemingly) descended from the colonists who crashed on the planet long ago, telling him this species has Fast Healing as a matter of course. Matthew stats up Adric, a mathematical genius raised as an elite who would one day work on the crashed ship, but who was also a bit of a rogue, trying to impress a gang of older kids. His mix of Science/Tech skills and Subterfuge makes him a natural to work within the party, and despite his n00b status, Chris believes he has the potential to be a valuable member of the team, and it's decided he had stowed away aboard the TARDIS.

State of Decay. Based on an idea former GM Terry had left in the role-playing club's files, Chris next introduced vampires to the campaign world, tying them into Ancient Time Lord lore evocatively. It's most appreciated adventure scenario of the season. Tom feels it harks back to his first gaming sessions, dripping with Gothic, so it brings out the best in him, and it ends with the heroes stabbing a giant vampire king in the heart with a rocketship. What's not to love? 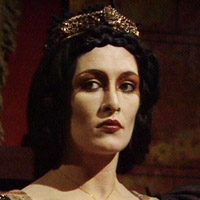 LESSER VAMPIRE
Attributes: Awareness 4, Coordination 2, Ingenuity 4, Presence 5, Resolve 4, Strength 5
Skills: Athletics 1, Convince 4, Fighting 2, Knowledge 4, Medicine 1, Subterfuge 2, Survival 3 (specific vampires may have more Skills based on the person they used to be)
Traits: Clairvoyance (vampires can see through the eyes of their minions, creatures such as bats and rats), Dependency/Blood of the Living (vampire must feed regularly or weaken and die), Fast Healing (Major), Fear Factor 1, Keen Senses/Smell, Hypnosis (Major), Immortal (Major), Infection (the target is infected only on a Disastrous result), Natural Weapon/Fangs (+2 Strength damage), Obligation (Major; the Great Vampire who made them), Slow (Minor), Special/Vampirism (vampires can heal themselves by transferring Attribute points from a bitten victim), Weakness/Vampire Tropes (vampires cannot function in sunlight, and can be killed by a stake through the heart or by their "maker" being destroyed; the GM may additionally give credence to almost any classic vampire weakness such as garlic, religious symbols, and so on). Story Points: 3-4
Home Tech Level: Depends on habitat, those in State of Decay were living at TL2, but were raised in a TL6 society

Warriors' Gate. Chris draws the TARDIS to coordinates zero, where N-Space and E-Space meet, for what turns out to be a very strange and surreal adventure about time-walking lions with an empire on the other side of the looking glass. Again, it's Chris' memorable descriptions that are the highlight, not the plot. But it does have slavers, which prompts Lalla to improvise herself a freedom fighter and join the leonine Tharils rather than return to Gallifrey, thereby ending her role-playing career a little earlier than expected. John piggybacks on the idea and K-9 joins Romana in E-Space, freeing slaves and taking names. The rest of the group is a bit taken aback by this, but Tom at least knows where it's coming from. 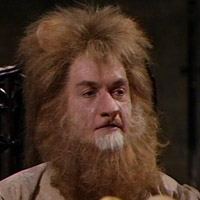 The Keeper of Traken. As the finale approaches, the GM decides to bring back the Master (still as a villainous NPC). He's not too keen on the zombified version former GM Bob had created, so he sets a plan into motion that would have the Master steal someone's body by the end. He's got a couple of options (including the Doctor, if things go very wrong), but mostly angles for Tremas (note the anagram), the father of Nyssa, a young, brilliant princess of Traken, a world where preternatural peace normally reigns. And Nyssa is a guest character played by Sarah, another of those new players Chris wants to try out. She avails herself quite well, a natural partner for Adric, so Chris offers her a spot at the table. She says she'll think about it.

Logopolis. For Tom's last game, and his too (he's done what he set out to do), the GM wants a big blow-out against the rejuvenated Master, and throws in gloomy foreshadowing in a ghostly figure meant to represent the Doctor's imminent death. At the same time, he's invited Janet, yet another potential player, this one playing Tegan Jovanka, an Australian air stewardess who misses her first flight when she walks into the TARDIS by mistake, and must find a way to integrate Nyssa a couple of sessions later when Sarah decides to take him up on his invitation. The gaming table's suddenly crowded again. Tom knows this is it, and he follows the GM's hints that he should fix the TARDIS by going to a planet called Logopolis where mathematics can create (or in this case, strengthen) solid objects. A lot of heady ideas, so many the players (especially all those newbies) don't really know what to make of them, but Tom really plays for keeps, right up to the moment he forgoes using Story Points to save his own life. For a minute, he takes the time to recall all the monsters his character has face and everyone who played the game with him, and then it's all over. By the time he's out the door, he's running, trying hard not to look back.

K-9 and Company. Over the holidays, a couple of old players decided to get their characters together (for the first time) in a pick-up game with Eric, who had been approached to at least co-GM the next season. Lis resurrected Sarah Jane and John slapped a Mark III on K-9's character sheet to share a witch-hunting Christmas adventure in the English countryside. A newer player, Ian, played Sarah's foster-brother Brendan, a computer wiz who didn't get to use his skills much before becoming a damsel in distress. It might have acted as a springboard for a whole other campaign, but none of the players really had time for it. Eric at least got enough experience with the system to accept the co-GMing job in the main campaign.
Doctor Who RPGs Seasons of DWAITAS

Both my wife and I agree, this backstory/GM connection is the most brilliant think you've come up with yet.
August 16, 2014 at 12:29 PM