Who's the Master Jailer? 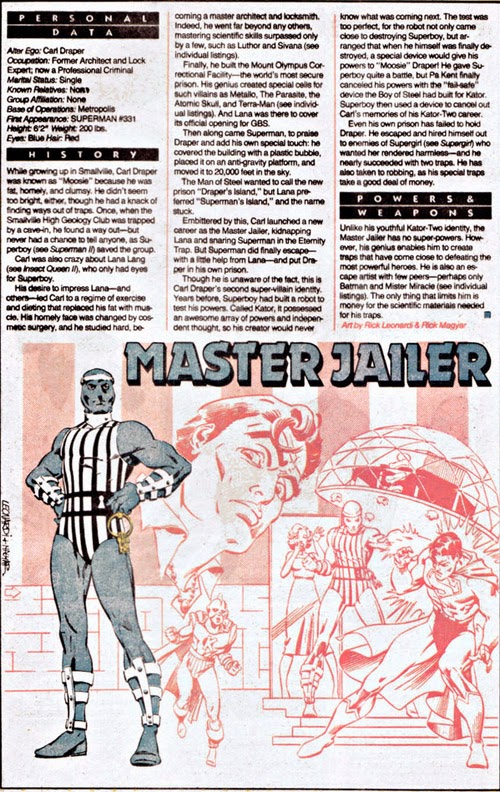 The facts: Though his first appearance was in Superman #331 (1979), Carl Draper (no relation) was meant to be an old school friend of Clark Kent's from Smallville, and did retroactively appear in New Adventures of Superboy #17-18 as a completely different villain, Kator-Two, an experienced purged from his brain at story's end. As an adult, he clashed with both Superman and Supergirl a number of times in the early 80s.
How you could have heard of him: Draper did appear after Zero Hour, but under an unusual high number of aliases, you might not have realized. As Deathtrap in the mid-90s, he became obsessed with the challenge of imprisoning Superman, though his job was keeping Conduit containted. His holographic persona was used against Superboy by his daughter under the name Locksmith. And Carl would later be put in charge of Checkmate security as Castellan. "Master Jailer" DID appear at some point (2002), working for Manchester Black, though Draper was not specified as his alternate identity.
Example story: Superman vol.1 #393 (1984) by Bob Rozakis, Joey Cavalieri, Irv Novick and Dick Giordano 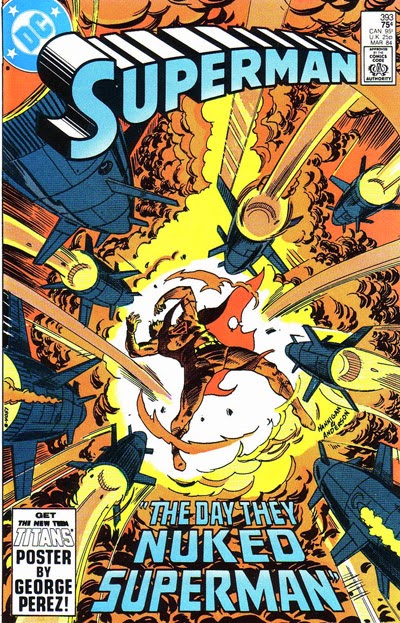 "The Day They Nuked Superman" doesn't sound like a Master Jailer story, but sure enough, he's still fanning the flames of his unhealthy crush on Lana Lang. 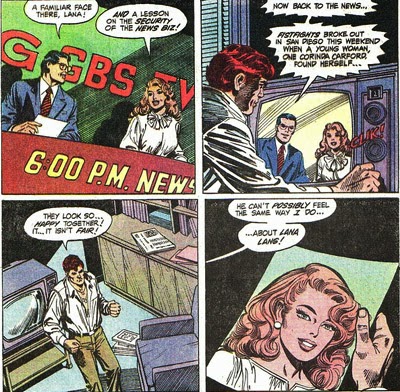 Carl Draper has this notion that because Lana and Clark look so chummy on TV, Clark has to be his romantic rival. I'd call him unhinged, but it would sound like a prison door pun. I mean, what kind of news anchors would they be if they showed open disdain for one another? If the jury's still out on Draper's sanity at this point, it comes in to read the verdict when he reveals his plan to first get Superman out of the way (because obviously, Supes would get in the way of his attack on Clark). Basically (and I use that word lightly), he studies spectrographic data on Krypton's destruction, modifies a bunch of American nuclear missiles, and fires them at Metropolis. Superman tries to stop them, realizes they're following him and draws them into space where they finally hit him. When he crashes to Earth though... 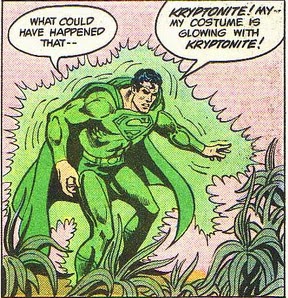 ...the missiles have turned his costume into kryptonite! Trapped inside the suit (see? a prison, theme achieved), Superman still manages to reach the Fortress of Solitude where the Master Jailer relays a message detailing his plans for Clark Kent, moua-ha-ha. Hoping to catch Kent on his newscast, he's disappointed to find Lana doing the show alone (isn't that what he WANTED?!). Hiding in his dressing room perhaps? 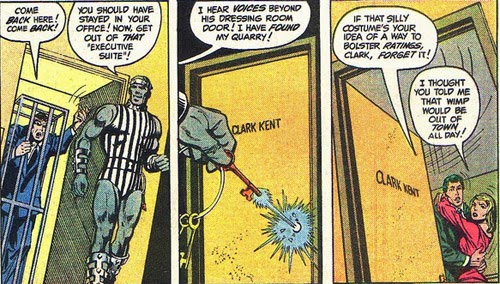 Nope. Though I'm sure Clark wouldn't appreciate people using it to make out. At home then? Yes, it seems so. Draper gets there just as a wheelchair-bound neighbor knocks on Clark's door asking to be pushed to a tenant meeting, seeing as the building still doesn't have ramps even though she appears to live on the third floor. Can't believe Superman pays rent to this slumlord. Anyway, Clark IS there and the Master Jailer waits for him to get to the building's rec room to ambush him. But wait! Did Clark Kent just survive a killer key blast?

Just when you think Clark's cover's been blown, SPROINNNGGG, off comes the Clark Kent mask. That's what being a friend of Superman gets you: He plays Human Target when there's a threat made on your life. And let's be thankful for that slumlord now, because he left a metal garbage can in there (gross) that Superman can now atomize to cover the Jailer with iron powder. 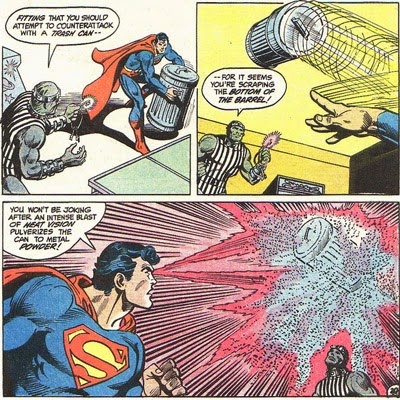 Why? Because it turns him into a living electro-magnet that somehow makes his key beams backfire. 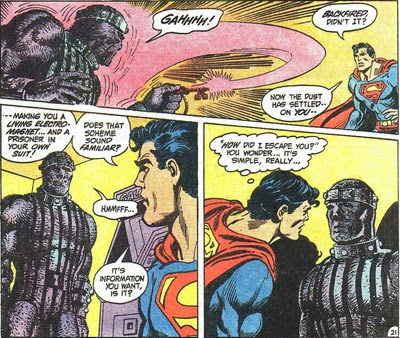 Now HE'S a prisoner in his own suit. It's the science of irony, kids. Don't ever question ironology. And since Bob Rozakis is channeling the Silver Age anyway, he has Superman reveal that he got out of the kryptonite suit by - and this is while he was dying of Green K poisoning - building a bunch of nuclear missiles with the same mods as Draper's and then using the Bizarro beam on them to create imperfect duplicates and detonating them. Bizarro opposites, they reversed the changes made to his costume.

Of course they did.

Who else? No one else from volume XIV, but XV is just around the corner. Place your bets!
Comics Superman Who's This?

Martin Léger said…
I know this trope has been done to death, but seriously? Even with a mask to compare they can't figure out Superman's identity?! Does he have a physic block (?) ability like Spider-Man's?
November 6, 2013 at 8:18 AM

Siskoid said…
There have been SO MANY secret identity stories by now that anyone in the DC Universe looking into Clark Kent's connection to Superman will find a lot of instances of the two of them being seen together, etc. So he shouldn't worry about it too much.
November 6, 2013 at 9:42 AM

Anonymous said…
I think it's best to assume everyone knows Clark is Superman; however, given the number of times he has saved the world they just humor him.

Siskoid said…
For a great take on that very idea, see Superman Family Adventures. I loved that book.
November 6, 2013 at 10:18 AM

Jeff R. said…
During this era, he had an unconscious super-hypnotism thing going that was dependent on the Kryptonian-made lenses in his glasses. Really.
November 6, 2013 at 4:23 PM

Martin Gray said…
I found Draper rather sexy, as a kid. Something about the Disco God look. Comics corrupted me, obviously.

American Hawkman said…
I'm a little shocked, honestly, that Draper never turned up on Smallville. He certainly lends himself to it. At any rate, I actually rank the Master Jailer in my top ten Superman villains, so I was a little surprised to see him here. Of course, a healthy amount of his current borderline obscurity is DC changing his name twice, and then creating another guy that did the same thing in Lock-Up. And then they made his daughter another derivative villainess from his concept.

Although he was called Deathtrap at the time.