December 31, 2013
On the occasion of completing reviews on the 2007 series, I should like to re-imagine it as a role-playing game campaign using Cubicle 7's Doctor Who RPG. (Go back one, to Torchwood Series 1.) 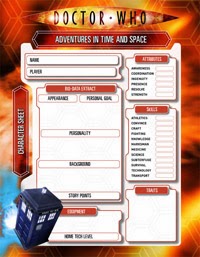 The GM
For Russell's third season, he plans on creating new monsters, bringing back old favorites, and dipping into the back catalog of the campaign's recurring villains for the finale's big bad. Business as usual, he's got it down to a science.

The Players
-David's Doctor has now lost Rose, so he plans to play this up by remembering her often, moping about his loss, though not without valuing his new companion. But otherwise, pretty much business as usual too.
-Catherine was asked to make a companion for a special Christmas game, and though she agreed, she also assured the GM she wasn't ready for a weekly campaign. The character, Donna Noble, an overbearing office temp, was such fun, Russell and David both told her she could come back any time.
-Freema was instead tapped for the regular companion spot, and created Martha Jones, a medical student with a big, loud family, who would fall for the Doctor, but the crush would never be requited. It seemed to make sense given the Doctor's back story as she understood it.
-When Russell created the Torchwood side-campaign, it was always with the intent of doing crossovers between it and his Doctor Who campaign. Torchwood GM Chris had plugged in a little link to the Russell's game at the end of his last game so John's Captain Jack could race off for an adventure with the Doctor. He joined the group for the big three-part finale.

The Runaway Bride. The special game during the holidays game David and Catherine their first game together, pitted against more of those robot Santas, and an ancient spider queen called the Racnoss. Set on the day of Donna's wedding, it made Catherine's character instrumental to the story, which integrated her into the game very efficiently. David took the Doctor a step too far out of grief for Rose, and Catherine had the perfect instinct, bringing him back from the edge. They begged her to stay on, but she had other plans. "Down, boys."

Smith and Jones. When the campaign started in earnest, David and Russell played a trick on their new gaming partner, making Freema's Martha meet the Doctor twice, out of order. David had a cheap trick planned at the end of the session. It was there way of pushing her in the deep end, and she performed admirably. Russell introduced the Judoon, space rhinos working as cops-for-hire, and they were interesting enough (especially their silly language) to be brought back later.

The Shakespeare Code. Martha's first visit to the past allows her to meet the GM's version of the Bard, a brilliant Elizabethan rock star under threat from alien witches. Both Russell and David knew their Shakespeare enough to throw in a lot of references from the plays, and Freema had to catch up, though she did enjoy the florid flirting. 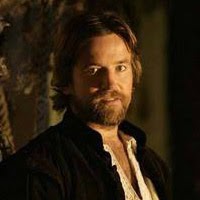 Gridlock. The GM takes the Doctor back to New Earth, as a way to indulge the character's nostalgia for the days of Rose, but though he brings back one of the cat nuns, he's got a different modern day phenomenon to satirize and creates a world-wide traffic jam (he makes a map of simple boxes representing cars by making a collage of art pieces from books and comics, just as visual cues to make each one different). The GM puts some old monsters from the campaign archives to work in the lower levels, Freema gets to show Martha's stuff while separated from the Doctor, and the Face of Boe has a prophecy for the Time Lord. It's all leading to the finale, of course.

Daleks in Manhattan/Evolution of the Daleks. The characters arrive in 1930 New York where the Cult of Skaro Daleks are hiding out. The history is interesting enough, and Martha is paired up with a period showgirl for color, but no one's too sure the plot about the Daleks evolving into humanoids was all that great an idea, so there's so backpedaling as the remaining Daleks turn on their leader. Don't mess with a design that's been the same since Season 1, Russell!

The Lazarus Experiment. Bear in mind that the standoffish Doctor only invited Martha in for a single trip, because he can't bear to replace Rose. That trip became several, but finally, he brings her home, the day after she left (the GM's already played the "oops, missed it" trick so is instead giving Martha a very busy few days) and uses her large family as an excuse to get her and the Doctor into trouble with a mad scientist seeking immortality and being turned into a monster. By the end, Martha is invited as crew, not guest.

42. Time for a little experiment. Russell's devised what he thinks is a pretty standard adventure scenario, with a ship in trouble and crew members possessed by an alien entity, so he throws an extra wrinkle. A countdown of 42 minutes is set into motion at one point, for both the characters and the players, so that play becomes fast and furious, with some very bad decisions consequently made (Martha hides inside an escape pod that is launched at a sun, and the Doctor keeps warning people off what the GM decided was the right solution to the problem).

The Infinite Quest. For fun, the GM is running an online side-game that spans the whole universe (and this is where it fits in the character's chronology). Every week for the whole of the series, he sends the players an image - a new character, a new environment, etc. - and David and Freema riff on it for a bit until a cliffhanger whets their appetite for the next chapter. It's a bit of matinée-style gaming that takes them to deserts, swamps, icy prisons and dark asteroids looking for a key to a fabled treasure before an alien despot can find it first. Russell likes some of these images so much, he keeps them in mind for some future tabletop scenario. 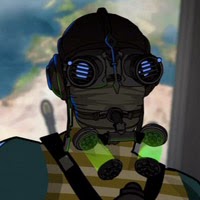 Human Nature/The Family of Blood. Russell writes himself into a tough spot. He really wants (and needs) to introduce a way of turning a Time Lord into a human being for his big bad, but that keeps bringing him back to an archived online session from the old days, a game run by one-time GM Paul for the 7th Doctor and Bernice Summerfield. He asks Paul for permission to use it as a template for a new scenario and gets it. The set-up is crazy, with Davis being handed a humanized Doctor's character sheet and both players basically finding out what the Doctor set into motion when Martha watches the Doctor's video instruction manual (with the GM playing the Doctor in those scenes, obviously). It gives David the chance to explore this "John Smith" and give the Doctor something to sacrifice, an ordinary life, a wife and children. All this Everyone comes out of it thinking it was their best role-playing experience yet.

Blink. In the previous season, the GM and the David had attempted a sort of Doctor-light scenario to introduce new players to the system while giving them a lot more space than guest-starring as some third wheel would allow. So they attempt it again, bringing Carey and Finlay in to play Sally Sparrow and Larry Nightingale who investigate the mystery of the Weeping Angels, creature who steal your future by shunting you to the past, and who can only move while you're not watching them. A crazy idea, with the Doctor and Martha only interacting with them through DVD Easter Eggs from the past, or by passing messages on to people Sally and Larry will later meet. The final solution is still one every player had a hand in figuring out. David's coining of the term "timey-wimey" becomes the umbrella term for any time paradox story the GMs want to attempt. This one's a great little puzzle the players bring to a satisfying close, and the Angels are a big, creepy hit. It helps when you have extra hands in the room playing with the light switch between "moves". 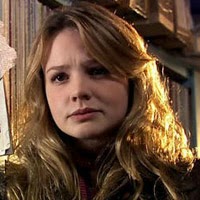 Utopia/The Sound of Drums/Last of the Time Lords. The GM brings back Captain Jack (and John, obviously) for the last three sessions, letting everyone believe the first one is a one-off and not part of the finale per se. But the character of Professor Yana has a fobwatch just like "John Smith" did, and turns out to be the evil Master in amnesiac human form at the very end of the universe. (And yes, Russell decided on "Yana" because it's an acronym of the Face of Boe's final message "You are not alone", because he's a very naughty boy, that's why.) The Master regenerates, steals the TARDIS, turns out to be the politician Harold Saxon in the background since the beginning, becomes Prime Minister of Britain, and now the players are on the run. The GM plays very aggressively, because he's got the unthinkable planned, and by paying off the players with massive amounts of Story Points (they'll be needed), he lets the Master win. He then surprises the players once more by starting the last session with "One year later", and the players put their plan into motion from there, tweaking what the Doctor might have told Martha a year earlier so they can manipulate the Master, stop him and turn back time. It's crazy epic, though perhaps a little too much. That's what happens when you let Story Points do anything and run rampant in the game. Giddy from their victory, you've even got John claiming Captain Jack is the Face of Boe. But this is also Martha's last regular game, since Freema can't do another weekly campaign on her schedule. She's not out of the club though, so after resolving her subplot realistically, she tells the GMs she's game to come back to the Whoniverse on occasion.

And she will, but those are stories for another day...
Doctor Who RPGs Seasons of DWAITAS

Craig Oxbrow said…
Sally could do with Craft (Photography) as she goes into Wester Drumlins to take photos.

Or, she and Larry are World Of Darkness characters in an unexpected crossover!
December 31, 2013 at 11:24 AM