Doctor Who RPG: The Specials

March 18, 2014
On the occasion of completing reviews on Doctor Who's Year of Specials, I should like to re-imagine it as a role-playing game campaign using Cubicle 7's Doctor Who RPG. (Go back one, to Sarah Jane Adventures Series 3.) 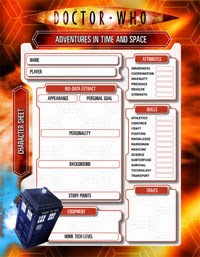 After four long seasons of the campaign, and starting two other connected campaigns which he left in capable hands, Russell is looking to do something else. He's found a new GM to take over in his place, Steven, and Steven is shopping for players to take over from David and the already-departed Catherine. It takes a while, so he and David decide to get together for the occasional game, giving guest players a shot at the campaign. The end up playing five scenarios in all, with big gaps between them (Russell GMed a whole Torchwood mini-campaign in one them).

The Player
David is the only continuing player, and he's still mulling over whether he wants to give up his seat (which only pushes back Steven's gaming schedule). Eventually, he has no choice (Steven's found someone) and pushes his Doctor to his limits, practically daring the GM to kill him off even as he makes liberal use of Story Points to cheat death.

The Next Doctor. Guest players: Other David and Velile. He creates Jackson Lake, an amnesiac Victorian man who believes himself to be the Doctor. For fun, they don't tell Proper David about this and let him believe maybe Other David is Steven's pick for next Doctor. At the same time, Other David lets the GM decide (and reveal) who he really is and why he lost his memory. SHE rolls up Rosita (yes, she's doing it on purpose), a stock companion for this new Doctor. The two Davids have a good time together, while Velile is rather discreet at the table. Russell throws all sorts of crazy new Cybermen at them for good measure. 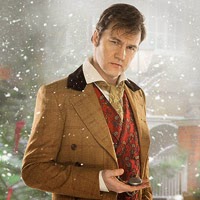 Planet of Death. Guest player: Michelle. She plays Lady Christina, an aristocratic cat burglar, beautiful, athletic and confident. The GM concocts a crazy romp with a double-decker bus, a desert, poop-eating aliens, flying manta rays and UNIT, and lets the players go at it. He wasn't expecting them to create a flying bus, but hey, whatever works. Now thinking he should prepare for the Doctor's next death, he slides a creepy prophecy in there as well. 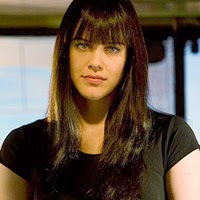 The Waters of Mars. Guest player: Lindsay. She's working hand in hand with the GM who needs her to play a Mars base commander, though the details are hers to create. Adelaide Brooke is born, a serious-minded space heroine with a family back on Earth. Knowing it's all coming to an end, the GM offers David a "fixed point" scenario (thank you, Feel the Turn of the Universe) that cannot be defeated. Lindsay doesn't know her mission is doomed, but David is given links to secret web pages crafted by Russell with the mission's "true history". He creates the Flood, an enemy that turns people into water zombies, and finds David willing to push the limits of the so-called Laws of Time. Can he change a fixed point? He's all ready to make something bad happen when the Doctor succeeds, but Lindsay surprises him by committing suicide (easy when you see an adventure module as a one-shot) in reaction to the Time Lord's actions. Cue cloister bells, David's Doctor has done wrong and will next be punished.

Dreamland. But since the tradition is to have the new GM sit on the last of the previous' games, and Steven (and his new player Matt) isn't ready quite yet, the gang gets together for a fun romp set in Roswell. David is joined by his girlfriend Georgia, not playing the Doctor's daughter because that would be a bit creepy now, but rather an American waitress called Cassie Rice. Also at the table is Tim as Native American Jimmy Stalkingwolf. They have fun and don't try to shoehorn in any of the darker stuff the campaign's been into lately. Maybe this story happens before The Waters of Mars or something. 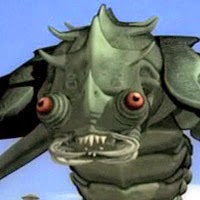 The End of Time. Guest player: Bernard. He's got an interesting story, because he once played in a completely different Doctor Who campaign that used this campaign's notes to replay old Dalek adventures. He played a cop taken out of time to the 22nd century. He hasn't played in ages, but gives it a go filling out a recurring NPC - Donna's grandfather Wilf. And does it brilliantly. David decides Dreamland and loads of other adventures happened after he got his wake-up call in The Waters of Mars. His Doctor's been running, trying to escape his prophesied fate. So it's the big finale, and takes a couple nights to complete. Russell brings back the Master, and Time War-torn Gallifrey too, and it's his last game so he does what the hell he wants, throws in all the ideas he didn't get a chance to use yet - cactus people, humanity turning into the Master race, superpowers... He's really testing the game engine in spots. Meanwhile, the Doctor is shoveling Story Points out of his pool trying to stay alive under a barrage of damage. When he's well and truly "dead", the GM lets him go on one last tour of his past companions. Russell had written to the various players, asking them where they think their characters would end up, and that's pretty much what he shows David (with the chance to make a difference in their lives as well). They make themselves rather sad at the end, reminiscing about the past, and with heavy hearts and a LOT of games behind them, they pass the baton to the new guys who play out a simple introductory scene right there in front of them. It's an almost traumatic way to cut the umbilical chord.

What will Matt do with his version of the Doctor? Who will play his companion(s)? What does Steven have in store for them and why did it take so long for him to prep it? A new era begins next!
Doctor Who RPGs Seasons of DWAITAS

Jayunderscorezero said…
I can't remember if you'd used it before but that's a neat way to work in the Cushing films.
March 18, 2014 at 5:17 PM

Siskoid said…
For my own sanity, I only stat-up 3 or 4 characters/aliens per article.

If you mean full character sheets, well, maybe one day. After all, I'm bound to miss writing these when I'm done covering the whole of Who.
March 27, 2014 at 7:04 AM