December 01, 2014
On the occasion of completing reviews on Doctor Who's 8th  series, I should like to re-imagine it as a role-playing game campaign using Cubicle 7's Doctor Who RPG. (Go back one, to K9 the Series.) 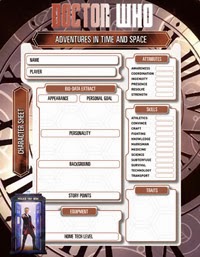 Steven needs to break in a new player, but also makes his returning player some promises. Jenna's big mystery arc is over and done with and now she'd like a little more control over her fate, thanks. Steven gladly devises a continuing subplot for her, and keeps his usual patented mystery arc to a series of narrated epilogues which the players cannot interact with, just to whet their appetites for his finale. After experimenting with what some would call over-prepation, necessitating a hiatus in the middle of his "seasons", he decides to run more stand-alone scenarios weekly without interruption. That works fine for his players' schedule. He soon finds out that no matter what he's prepared, the players have all sorts of surprises up their sleeves, taking control of situations and confounding the GM's expectations. And taking the game in sometimes darker, more ambiguous directions.

The Players
-Peter plays the new Doctor, and he's going against what the past few players have done with the character. His take is highly eccentric, awkward with human interactions, cantankerous, ever doubting his own capacity for good, and physically older and more remote. And Scottish, like he is. He means to be on a quest to uncover his own identity during the season, and looks to Jenna, the more veteran gamer, for guidance, something that translates into his Doctor perceiving Jenna's Clara as a teacher.
-Jenna is more than happy to act as teacher, not just to the Doctor, but in her character's off-TARDIS hours. The GM has agreed to let her explore her environment at Coal Hill School (more interesting than her previous role as a sort of nanny), and put into practice the lessons she's learned FROM the Doctor. Not the first companion to try for "Doctorish", but her partner in crime Peter thinks enough of the attempt to encourage it in-game.

Deep Breath. To welcome Peter to the long-running campaign, Steven invites Neve, Catrin and Dan (Madame Vastra, Jenny and Strax) to play in the first session, a crazy Victorian adventure with a giant dinosaur, a spontaneous combustion mystery, and clockwork men adapted from an earlier scenario. Peter plays up the regeneration instability he knows is traditional, leaving Jenna/Clara and the guest players to their own devices. Jenna makes Clara recoil from the Doctor's new appearance and personality, so they can better come together in the last moments. A Skype call from Matt, the previous Doctor, engineered by the GM, seals the deal and offers her a nice surprise. The GM too, is surprised, when Peter asks that the fate of the clockwork man (whether he was pushed or jumped to his death) not be revealed, leaving it ambiguous. Neither the GM nor the players themselves can know what happened. A chilling moment. And then Steven unleashes his larger arc on the players, revealing the clockwork man found its way to heaven... but how, and who is the woman at the gates of Paradise? Into the Dalek. The GM introduces Clara's school as a working environment and Danny Pink, a handsome maths teacher, former soldier and possible romantic interest. Jenna takes the bait, and it amuses Steven to then contrast him with other soldiers who accompany the PCs on an adventure inside a Dalek. The idea of a malfunctioning "good" Dalek has been done before, but it's this gamers' table's first shot at the idea.

Robot of Sherwood. A pseudo-historical romp before things get too heavy, and inspired by his players' own shared sense of humor even in the face of darker scenarios, though the GM perhaps fudges a lot of logic to make his story move unimpeded. Amusingly, Peter has the Doctor start with the stance that Robin Hood cannot possibly exist, and try to debunk the legend even as it happens before him. Lots of potential for humor, with Clara coming off as the more competent character, and the systematic fudging of difficulty numbers to allow for the most entertaining swashbuckling action, as per the genre emulated. A fun change of pace for the players. 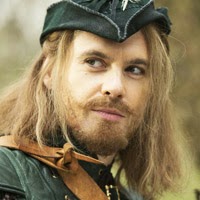 Listen. Speaking of changes of pace... The GM gives Peter the notion that there's something sinister about talking to yourself, and the old trope about a monster under the bed. Peter runs with it, encouraged to do it in montage form while Clara is out on a disastrous date with Danny as part of her ongoing subplot. As discussed secretly between Peter and the GM before the season began, the session introduces a panel on the TARDIS console that allows a simple human to interface with the machine and send them along specific people's timeline. Off they go to Danny's (oops!) childhood, then to the life one of his descendents (where the GM hints very strongly at a potential future for him and Clara). Along the way, the players start changing the way the GM sees his own scenario, and he starts to doubt the existence of the monster he prepared. Feeling that ambiguity is more interesting than the stats he wrote down, Steven kind of does away with them and refuses to confirm the existence of his "ultimate hider", and in a moment of pure improvisation, sends the TARDIS to the DOCTOR'S childhood where Clara is allowed to inspire the very paranoia that made him think there was such a creature.

Time Heist. The plan here was to do a heist scenario, but Steven can't help throwing a crazy spanner into the works. The players - including two guest players: Jonathan as Psi, a cyborg hacker, and Pippa, a tormented face-changer  - are all strapped with the Amnesia Trait and don't know who planned the heist and is forcing them to commit the crime. It's part of the puzzle, as is just what they're trying to steal. The guest-players know they're in a one-shot so think nothing of sacrificing their characters, but there's a nice surprise in store for them when they do, and happy endings all around.

The Caretaker. An idea worked out in private discussions with the players, Jenna gets her wish to spend an entire session at her school, while Peter takes the Doctor undercover at that very school as its janitor. There's a monster, but it takes a back seat to the PC-run comedy and soap opera, with ye olde NPC Danny Pink acting as a foil for the Doctor and finally discovering Clara's secret. Steven lets Peter create an invisibility watch in this episode, but it's a Boffined item not then added to the Doctor's regular equipment. Present as an observer (mostly) is Ellis, a teenage would-be gamer sitting in as part of the RPG Club's mentoring program. The GM lets her create a troublesome student called Courtney Woods who interacts with the scenes from time to time and even gets to die in the TARDIS. After one session observing, she'll get to actually play in one. 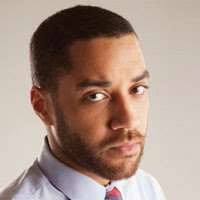 Kill the Moon. Jenna and Ellis convince the Doctor to take them somewhere and the TARDIS lands on the Moon in the future where things are going very wrong indeed. Maybe the GM shouldn't have attempted an adventure scenario where the Moon is revealed to be a big dragon egg, and maybe one day he'll admit it. He is once again surprised when Peter takes off and leaves the other PCs (and an NPC) to deal with the problem, but it's because he wants Jenna/Clara to take a leadership role more often in games. It's a little bit condescending, and she vents her frustration in her role-playing, taking the Doctor down a notch and getting a message through to Peter as well. She even quits the TARDIS, fully realizing she'll have to backpedal at the start of the next adventure.

Mummy on the Orient Express. A crazy idea born from a throwaway line previous Doctor Matt had said. It wound up on a notepad, and Steven's just now dusted it off and fleshed it out. An invisible mummy. A train in space. 66 seconds to live once the monster is activated. Peter plays a great game, not caring a jot for the NPCs dying around him, and defeating the monster in the 66 seconds allowed when they finally face off. He AGAIN asks for an ellipsis after the air runs out on the train so Clara can't know if he actually let everyone die or saved them. Best of all, he doesn't know himself, nor does the GM.

Flatline. One of more ingenious scenarios of the season, with two-dimensional invaders flattening people to death and turning into graffiti zombies, while the Doctor is trapped inside a miniaturized TARDIS. Jenna has a great time acting as the Doctor's proxy and solving the problems herself, while Peter has his own complications, trying to save the world from a tiny window into our world. 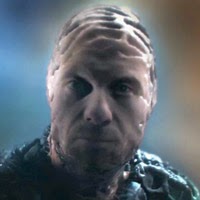 BONELESS
Attributes: Awareness 2, Coordination 2, Ingenuity 2, Presence 3, Resolve 4, Strength 4
Skills: Athletics 1, Craft 3, Fighting 2, Medicine 2, Science 2, Subterfuge 3, Survival 2
Traits: Alien, Alien Appearance, Fear Factor 2, Special/Two-Dimensional (the Boneless can flatten themselves or anything else into 2 dimensions; this is fatal to 3-dimensional creatures; or make themselves or anything they've flattened 3-dimensional), Uncommunicative, Special/Leach dimensions (to actually become three-dimensional, the Boneless must and can leach dimensions from elsewhere, like a TARDIS, reducing its exterior dimensions and power). Story Points: 4
Home Tech Level: N/A

In the Forest of the Night. Another idea the GM shouldn't be proud of, about a forest growing overnight during a school trip, meant to advance Clara and Danny's relationship, and providing an opportunity for Ellis to play another game. She can't make it; Steven just creates extra NPC kids for the group to interact with. In the end, it's more a puzzle to solve than an action scenario, and it's the trees themselves that save the Earth. The players have been used to much more agency than this, and the railroading chaffs.

Dark Water/Death in Heaven. The GM shocks everyone by killing Danny Pink off in the opening minutes of the session, just as Jenna was about to advance the subplot a completely different way. She lets the event drive her to extremes and become an antagonist to the Doctor. Peter laps it up, then forgives her and promises to go to Hell and back to find Danny, confident they might succeed because the GM keeps throwing out "cut scenes" with Danny in them. This is all prelude to finally encountering Missy, the woman that's featured in epilogues all season. Steven keeps throwing surprises at his players, including a new breed of Cybermen and the fact Missy is a regenerated Master. By the end of this one, he'll have brought back UNIT and several recurring characters, paid homage to one of the most famous players of the campaign, thrown the Doctor out of plane, made the dead rise from their graves, and forced Clara to destroy Danny. Though it's only goodbye until their annual Christmas game, the players make their farewells as if it were permanent. (These have really been some of the best "acted" role-playing sessions the campaign has ever seen.)

And then Santa Claus shows up... Well, it's a good thing the Holidays are only weeks away! These players can't wait!
Doctor Who RPGs Seasons of DWAITAS

Craig Oxbrow said…
I believe Flatline was the group's first go at gaming by Hangout when Peter was elsewhere, and the running joke about him looking out of a tiny screen when everyone else was interacting normally fired the plot...
December 1, 2014 at 10:44 PM

Anonymous said…
Craig, your fannon is brilliant! And I love that these little gaming AU's are starting to develop their own head cannons. :)

Siskoid said…
Wait. Head canons or head cannons? Because one of these sounds a lot more dangerous than the other!