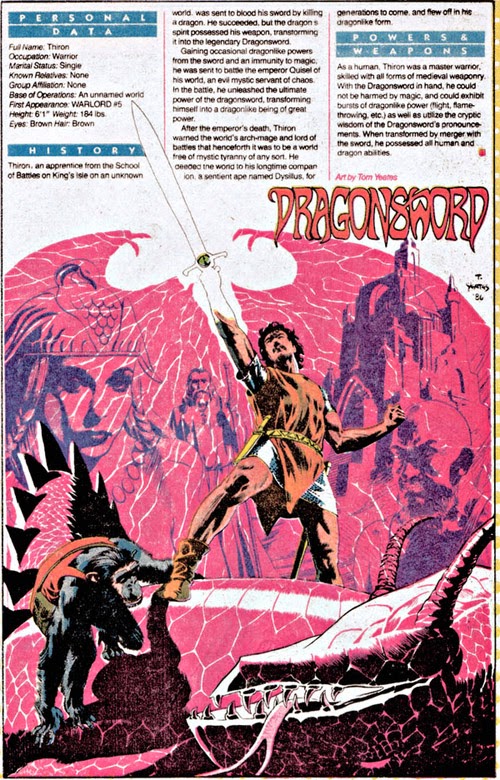 The facts: A back-up in four issues of Warlord (#51-54, 1981-82), Dragonsword is the name of the strip and the sword, not of any single character. This sword & sorcery adventure, the brainchild of Paul Levitz and Tom Yeates, didn't merit a follow-up.
How you could have heard of this: No way no how, outside of the Who's Who and those specific appearances.
Example story: Warlord #51 (1982) by Paul Levitz and Tom Yeates 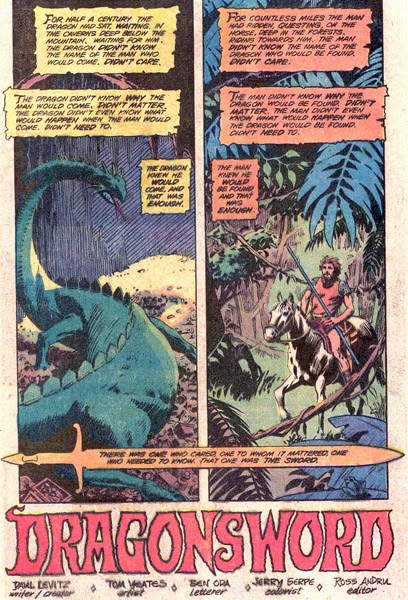 Yeates' work is gorgeous, of course, but how fares Levitz's weird fantasy hodgepodge as the story begins? Well, Thiron is a knight-in-training whose final exam is to slay a dragon. This pseudo-Medieval culture doesn't believe in training wheels, I guess. Is Thiron up to it? Well... 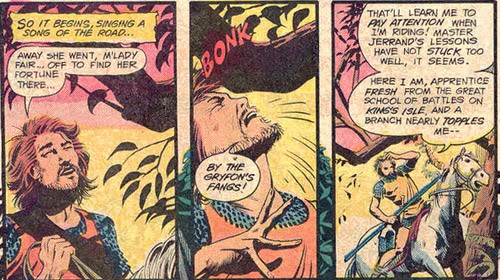 ...that's as maybe. I wish there'd been more of this, frankly. I like the idea of a clumsy or unlucky hero. Thiron is almost certainly a hedonist, singing with careless abandon and later suggesting a comfy inn to riding all night to fulfill his quest. But he's not as hedonistic as his squire, one Dysillius the Chimp! 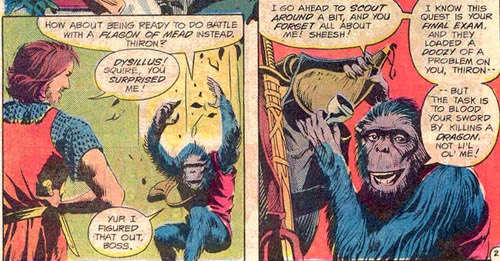 Thiron'll drink to that. I think we should too, before proceeding with the rest of the issue. Feeling buzzed? Okay, let's go on. The next day, Thiron enters the dragon's lair on horseback. Doesn't he know horses are dragon snacks? 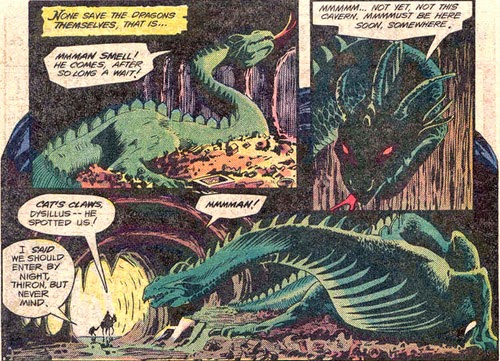 Any resemblance to real dragons, living or dead, is purely coincidental. This dragon certainly doesn't look or sound like Smaug. Certainly not. That's a ridiculous assertion. As Thiron starts to fight the  beast... 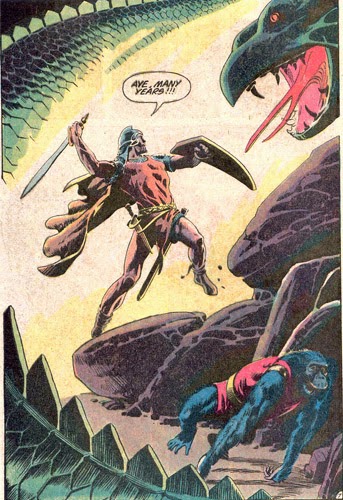 ...Dysillius runs off to have a banana and maybe break the fourth wall a little bit (he's our humble commentator). Thiron may be a little awkward, but one thing he isn't is a coward. And into the dragon's mouth he goes. 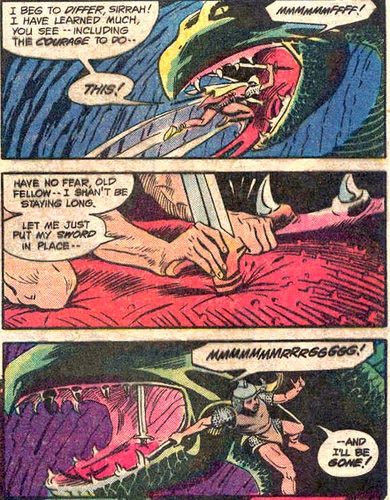 You bit down. And his last breath doesn't do much more than singe Thiron's cape. As he tells his fantastic story to the inn's patrons, Thiron wonders if the dragon did indeed die, or if something of it remains... 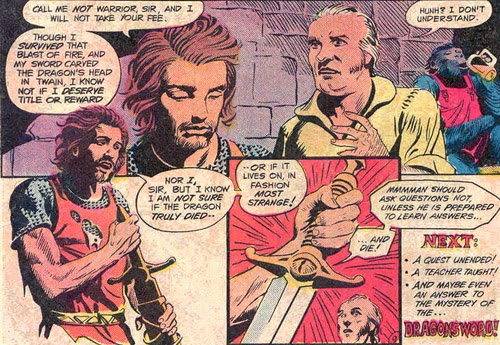 And so the Dragonsword is born. If you thought having a talking ape as a recurring character was too "comic booky" for a fantasy series, the next few issues have people using swords and axes to shoot beams of eldritch energy, etc. I'm not saying that's why it failed or anything. I even rather liked it. We need more talking chimps in our sword & sorcery. Well there you go, I just got an idea for a D&D campaign...

Who's Next? The character that best exemplifies what a "mort" is from that final issue of Who's Who.
Comics Who's This?