January 13, 2016
On the occasion of completing reviews on Doctor Who's 9th series, I should like to re-imagine it as a role-playing game campaign using Cubicle 7's Doctor Who RPG. (Go back one, to Series 8.) 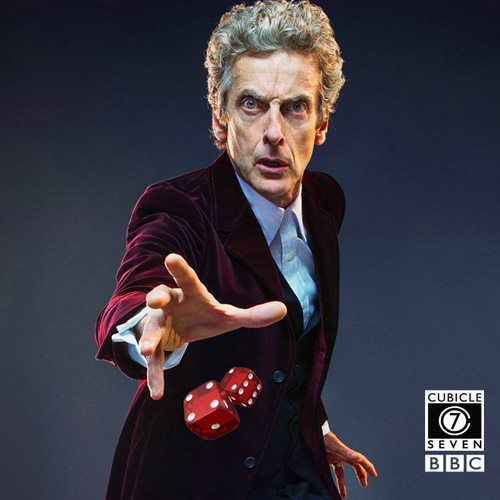 The GM
Steven wants to do longer stories this time. So he's preparing a number of two-parters, and also allowing for the possibility of following up on an adventure organically. Consequences are a theme he wants to explore. He's also got an arc regarding a "hybrid" he wants to put into motion, which should lead to a cool finale. And he's got to contend with his players' requests as well.

The Players
-Peter's had an idea for his character. He can play guitar, so his Doctor should too, and he could, on occasion, get to plat it during game sessions. The GM approves this so long as it's in small doses. Otherwise, he plans to take his promise to Clara's boyfriend very seriously, and try his best to keep her safe. Which isn't going to be easy considering that...
-Jenna has decided this would be her last "season", and will do everything in her power to take more risks so she can organically leave. She figures she could have a death wish after her love's demise which could justify that kind of behavior. Jenna always spends points to tweak her character between seasons, and that's certainly true this time, adding Friends with UNIT, among other Traits both good and bad, and demonstrating how she deserves higher Skill scores, etc.

Last Christmas. But before anyone makes any decision at all, we should recap the previous year's special Christmas session. Jenna was already toying with leaving the game, and dream logic of Steven's chosen scenario allowed for it and its opposite, with Resolve rolls permitted to "wake up" from various realities created by alien dream crabs. The GM let the players' decisions to roll dice, and the consequent results decide just which reality was "true", playing coy with his use of Santa Claus as a helpful NPC who may or may not have been real. Ultimately, Clara was saved, and Jenna would have to report to the next session. 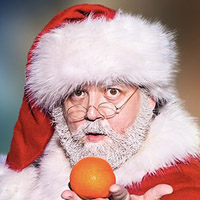 The Magician's Apprentice/The Witch's Familiar. To get his season rolling, the GM makes a couple of unusual choices. First, he separates the two PCs. The Doctor plays a short scene in which he meets a child who will one day create the Daleks. And Clara has to face a resurrected Missy by herself, and is forced into an alliance with her. Eventually, the players all end up on Skaro for a meeting with a dying Davros, but getting there proves to be a crazy adventure, with planes stopped in the sky, the Doctor trying his guitar out in the Middle Ages, and a man made out of snakes. The other thing the GM does is introduce a "confession dial" via Missy, claiming it was the Doctor's last will and testament, and Peter goes with it, as he often does. Steven also makes sure he emphasizes Davros' mention of a "hybrid" that could cause the destruction of the universe, which becomes the mystery Peter obsesses on almost every session.

Under the Lake/Before the Flood. An example of a two-parter that is both planned and allowed to change organically, the GM originally planned to have his monster in a cryogenic chamber found on lake bed, but Peter's decision to go to the past before the area was flooded immediately inspired a scene where the Doctor's ghost comes a-haunting, forcing the players to make sure he survives without changing anything established in Clara's "present". That'll teach Peter to riff on paradoxes while noodling on his guitar before a game!

The Girl Who Died. Just meant to be a fun romp in a Viking village up against a warrior race of adrenaline and testosterone drinkers, using nothing but wits and certainly no weapons of note. The players bond with a girl called Ashildr who is sacrificed so the others might live, and after the Doctor gets a high roll on his salvaging of alien armor, he decides to use a healing patch that effectively makes Ashildr immortal. At least, that's what the GM decides because it's given him an idea for a follow-up. 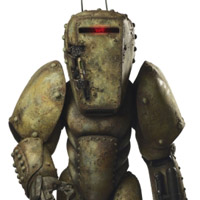 The Woman Who Lived. Jenna misses the follow-up, so Peter us given a MacGuffin mission during which his path crosses Ashildr's hundreds of years after their first meeting. The GM means to surprise by changing her personality over all those years (and her name to Me), creating an embittered non-companion whose brain cannot store all the memories she would normally have accumulated. Steven and Peter play out many conversations, with the MacGuffin, and the attached alien, mostly set dressing.

The Zygon Invasion/The Zygon Inversion. This game makes use of the Zygons-UNIT treaty as a kind of metaphor for immigration, not that Steven has much of a handle on it. Still, it makes a change from the invasion scenario he might have otherwise written. Because Peter knows Jenna is leaving, she and the GM like to torture him with the when and the how, so they scheme to replace Clara with a Zygon, and Jenna relishes the chance to play the alien in the first session, before relinquishing her to the GM when it's revealed she's in a pod somewhere. In the second session, Jenna gets a chance to play opposite her Zygon double, and Peter has one of the best role-playing experiences he's ever had when two boxes are revealed and he has to convince UNIT and the Zygons to keep the truce going. The GM set it all up, but Peter went with it, found explanations for what would be in the boxes, etc. It all flowed so naturally.

Sleep No More. Not all experiments are successful. This scenario about monsters born in sleep pods and made of eye gunk was a little too ordinary for the GM who decided to spice it up by pre-taping narration from one of the characters explaining the action at various intervals, often revealing that something believed true really wasn't. Steven even put a creepy spin on it at the end, declaring that anyone who heard the narration was essentially letting the monsters into their heads. All very well and good, but the players left the setting without the knowledge that was they thought was true really wasn't, and felt cheated by the experience. The GM promised a follow up one day, but couldn't deliver this season. Too few sessions left to do it!

Face the Raven. The GM's grand plan for the finale is set into motion with a bit of railroading as the Doctor is transported away by beings unknown, the final gambit in an elaborate trap set on a secret street filled with old enemies. He had someone in mind to run the street, but the creation of Me gave him another option, and she became the antagonist in the scenario. And Jenna's reckless behavior re: Clara finally comes home to roost as the character is irrevocably killed by a "quantum shade". Jenna was ready for this moment, and milked it for everything it had, laying her character to rest on her terms. 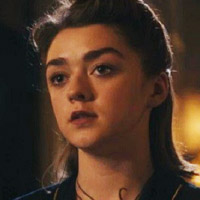 Heaven Sent. That left the Doctor alone to face a puzzle box scenario taking place over eons. Essentially, the GM set up a great big castle with all of the Doctor's darkest fears in it, as well as clues left by SOMEone  - and that someone is an earlier iteration of the Doctor. Eventually, Peter realizes that he must die so another copy of him can continue what he started. But though Steven sort of gave him and out, he really expected Peter to "confess" things and be released. But Peter had other ideas. Realizing he was in the confession dial pushed on him earlier, and that the Time Lords were the likely culprits, he refused to reveal what the hybrid was as leverage against them so he could use TL10+ technology to bring Clara back (a player that really takes his Obligation Trait seriously!). GM vs. Player, they go through a single cycle, then fast forward through billions of years until the task is done. Crazy!

Hell Bent. So Jenna is called in because Peter might just reverse her death, and Steven is perhaps a bit miffed that the return of Gallifrey takes a back seat to this. The Doctor does manage to rescue a "time looped" Clara from the moment of her death, but the GM makes it very hard for her to return (she did, after all, ask to leave). Target numbers have never been so hard to roll, and Peter fails a whole bunch, until he is forced to leave Clara with Me in their own TARDIS, ending up back on Earth with his memory wiped of everything related to Clara. They still play a final scene together to show how this affects each of them, and perhaps Jenna is happy to think she could return to the character some day, or even go to another GM with her diner TARDIS campaign.

The Husbands of River Song. Not long after that, another Christmas rolled around, but Steven didn't have a new player lined up, so he decided to play one-on-one against Peter again. He did warn him that he'd be playing the Doctor's wife River Song, so Peter should read the campaign notes regarding that character. Also, that they should maybe get a little drunk during the game, since it wouldn't affect anyone else. Steven's prepared a big crazy romp with a headless robot, an evil cruise ship, and River completely incapable of recognizing this Doctor has her husband and marrying everyone in sight. Peter was fully prepared to show how much he loved River, something he inferred from the notes, but started questioning whether River's love was real. But it was, and Steven had prepared a speech and everything. What he didn't expect was Peter to use time travel to create a romantic setting for the last scene and use it to give the River Song character a proper farewell, and a proper marriage. It was kind of a shame no one but them experienced it, truthfully. 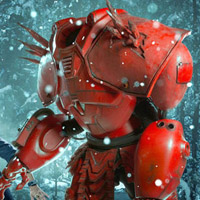 Now to find a new companion player...
Doctor Who RPGs Seasons of DWAITAS