Three Podcast Ideas I Never Got Off the Ground

Category: Podcast
Last article published: 12 October 2021
This is the 509th post under this label 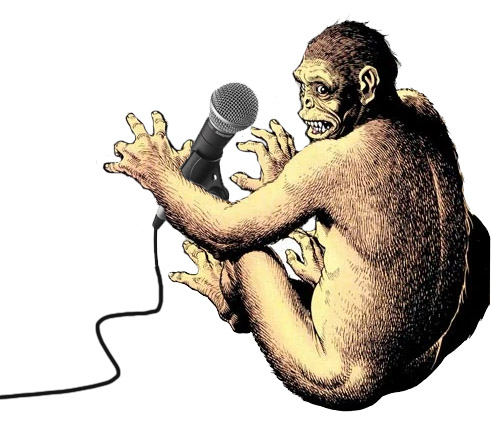 Last month, I spilled the beans on an Outsider-related podcast I never got to produce. What it a joke? Would it have really come to be? That's a What If? story if I ever heard one. But what OTHER podcasts have I considered and that haven't come to pass (let's put the word "yet" at the end of that sentence, for good measure)?

Siskoid's Podcast of Geekery: To combat the time crunch that comes with finding guests, research, etc., I once toyed with the idea of converting some of the material on this here blog into podcast fodder. Like, what would it be like if I produced a magazine-style podcast that, like Siskoid's Blog of Geekery, included features on all sorts of geekery? I even recorded a pilot which took articles from the first couple weeks of the blog back in December of 2006 as its basis, essentially rewriting and reading pre-published material. As I would later find out, this isn't THAT MUCH of a time saver because the editing is brutal. I ended up doing this with Star Trek reviews for Gimme That Star Trek, which were a real killer. The advice column in Let's Roll is adapted from articles in a more manageable manner at least. The Fire and Water Network doesn't have a "magazine" show, so the experiment still intrigued me.

No Escape From Kurt Russell: After Zero Hour Strikes, my original plan was to replace it with a show that explored Kurt Russell's film work, anything from his child actor days to today's sexy Santa. Basically, this would have been a riff on Radio Against the Martians' most excellent Arnold Schwarzenegger podcast, Podcasta la Vista, Baby! Kurt Russell certainly has had a more varied career than Arnold, but there's a similar number of iconic genre pieces like Escape from New York, Big Trouble in Little China, The Thing, and Tombstone. And I've always wanted my own movie show since I do watch a lot of movies. But my interest in doing one THIS way goes up and down depending on my bio-rhythmic cycle and in the end, I've thought it better to resurrect and refresh my FW Team-Up Podcast with a different focus (oooh, mysterious) that should be more popular with listeners, and easier to program.

A Fourth World Podcast: Didn't even get to the naming stage with this one, but a stray comment over on the Fire and Water comments sections made me announce, if not an intention, at least an interest in covering Jack Kirby's Fourth World comics. I've read them all and am a big fan, but I recognize it's an acquired taste and so deserves someone mounting a defense of them. What initially stayed my hand was the question of how to format it and wondering if I had the chops to really talk up Kirby - I was a fan, not an expert. Then, if I'm not mistaken, other people ran with it and the Mother Box Podcast was born. I think they only made it to 6 episodes though. Is that an invitation or a warning?

I'm not even mentioning the Doctor Who show FW might someday produce in the style of its Star Wars and Star Trek shows (personally, doing so many guest appearances on Straight Outta Gallifrey has tired me out on the topic). The truth is, ideas for podcasts come to podcasters all the time. You can pursue them, but only at the cost of other shows. So what would you rather have? An exciting new show, or an old steady that plugs along to its natural conclusion?
Jack Kirby Movies Podcast