September 02, 2013
On the occasion of completing reviews on the 1984 season of Doctor Who, I should like to re-imagine it as a role-playing game campaign using Cubicle 7's Doctor Who RPG. (Go back one, to Season 21.) 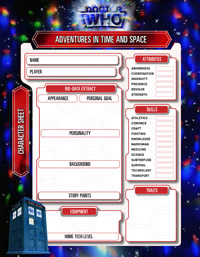 Eric is getting a little burnt-out and to compound matters, he's not particularly enjoying his players' dynamic and the gaming club leadership is still annoying him. It helps that they've gone back to one session a week, though they're much longer than they used to be. To keep himself interested and energized, he starts to invite guest players to his games, which only increases his regular players' frustration that their characters don't get a whole lot of attention, often stuck fixing broken circuits on the TARDIS while the story develops on some planet or other. On the one hand, it brings out the best in him as a storyteller. On the other, this burn-out will lead to a long break between seasons during which Colin and Nicola will call him often to either get him to start gaming again or give up the reins of the campaign to someone who will. More strife to come.

The Characters
-Colin's Doctor was unhinged when he first regenerated and he aims to weed out this "madness" as the season progresses. A notorious cat lover, he's taken to wearing cat badge to the session, a different one for each story, to mirror his character's eccentric fashion sense. You'd never have seen Peter coming to games with actual celery!
-Nicola still suffers from gaming inexperience, which more naturally puts her on the sidelines, perhaps adding to the sense that the GM is giving guest (or NPCs) bigger roles. Still, she's doing her best, and trying to "arc" her character just as Colin is, moving from constant arguing to more playful teasing as the season progresses, and trying to find ways to use her botany specialization more.

Attack of the Cybermen. Eric starts the season with his favorite monsters, the Cybermen. The research done into the club archives for Season 20 gives him the idea to do an involved sequel to many past Cybermen stories, involving elements that go all the way back to the first Doctor. The current players don't get all the references, or even that Eric's fetish NPC Lytton was a really bad dude in his previous scenario, but it all ends in a violent action scene anyway, as PC and NPC alike start going right for the combat step of the initiative. It's as if the players accepted they couldn't really fix anything with talking and decided to resolve things a little more old school.

Vengeance on Varos. Projecting reality TV into the future and giving it a sadistic turn, the GM had the brilliant idea to invite two friends, Stephen and Sheila, to play in-game spectators watching the game unfold and commenting (and even remotely participating, creating their own story, and so on). It makes the television theme come to life. The GM's invention of Sil, a corporate amphibian with a twitchy universal translator is also a hit, and the GM might bring him back some day. 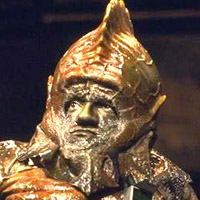 The Mark of the Rani. Eric might be on a roll here. He next creates a new Time Lord villain called the Rani, an amoral bio-engineer with an acid wit. She's collecting chemicals from human brains, turning people into violent rabble throughout history. Unfortunately, he also brings the Master into it. Though the Rani is a great "truth teller" who can meta-textually put down the Master's relationship with the Doctor, the scenario does suffer from too many villains speaking to each other, and Eric wastes the celebrity historical aspect of his scenario. Still, Colin and Nicola have really gotten into the swing of things over the past few games, and are liking the mix of action, interaction and craziness. In what other game would people be turned into trees - leading to some hilarious "wood" jokes - or villains defeated by growing T Rex embryos to their full size inside a TARDIS?

The Two Doctors. Annoying: Having to participate in the Iron GM competition the club president likes to impose on all ongoing campaigns. Insert a Spanish restaurant as an "ingredient"? Fine, whatever. Not so annoying: Getting older players to come and play, inventing Time Lord missions that take the 2nd Doctor (Pat) and Jamie (Frazer) out of time and into the current game. Like most "reunion sessions", the plot gets a little insane - cannibals (gotta get that restaurant in there somewhere) and the Doctor being turned into one and Sontarans, etc. - but the players love interacting with their predecessors. 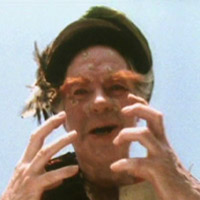 Timelash. Having gotten a taste for guest players, the GM invites David to play and create his own character that might become a full-time companion if he likes the campaign. David opts for a a young H.G. Wells (going by the name Herbert) who might have been inspired by his TARDIS travels to write the fictions he did. It's a fun idea, but the game itself isn't his cup of tea. Eric tries to introduce elements from the Wells books (and Loch Ness since Wells started there), but it blurs into a big mess of last minute revelations, dice rolls replacing proper solutions, and more than a little railroading concerning the timelash crystal the Doctor first must get, then use. Trying to impress a potential new player, Eric goes too far and invites derision when he pulls a sock puppet from under the table to play the Bandril ambassador. In the end, David doesn't quite know what to make of it all and does not pursue more sessions. 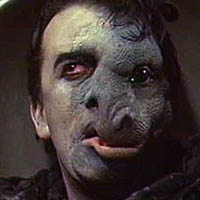 Revelation of the Daleks. Though the GM's idea to advance the Davros/Daleks arc developing through various groups since Genesis of the Daleks is sound and a mortuary planet an interesting location, he's definitely guilty of inviting too many people to the session. Steve and Bridget play intruders trying to discover what happens to the people placed in suspended animation on Necros. Alexei plays a DJ who sees all, comments on all (à la Varos) and ultimately gets involved in Dalek fighting. William and John play a knight and squire team sent to assassinate Davros. No wonder Colin and Nicola feel left out in the cold. They haven't even met any of the other players by the end of the first session! And while a lot of cool characters are created, they all die in Eric's remorseless scenario, even his pet NPCs. They don't show it in front of this large group, but the campaign's main players do have an argument with Eric later. Eric gets defensive, and the group doesn't come together again for a long while.

Refusing to relinquish control over the campaign, Eric would hit upon a crazy idea to revive his interest in the game, though whether it works out is a story for another day.
Doctor Who RPGs Seasons of DWAITAS

Siskoid said…
It obviously happened as part of the Jim'll Fix It RPG...

As we get close to the end of the Classic series, I'll be posting just what I consider an "episode" worth reviewing. Short form: An in-character appearance on a Who-unrelated show will not count.
September 2, 2013 at 12:34 PM

Toby'c said…
Hadn't thought so. Just it's been on my mind the last couple of weeks, after I saw it on the Two Doctors DVD (which I'd had on my shelf unwatched since last Christmas) and again in the Sontaran Experiment's "Built For War" featurette. Colin Baker's comments about Savile were... disturbingly amusing.
September 2, 2013 at 12:49 PM

Siskoid said…
The Classic Who DVDs are a real treasure and make getting even a bad story worthwhile. Not that 2Docs is that bad, but Timelash is certainly a good example.
September 2, 2013 at 1:05 PM